With much thought on the subject I’ve decided since that since I’ve nothing else to talk about at the moment that I’m going to highjack Mondays for this little series title. It will go, probably until I can’t think of any more things to put up.


You all are free to join in, since it’s fun as, and clearly not my idea. Or if you’re interested in what I’m doing and have ideas you want to see yourself (in any category) comment me them and I’ll get onto it.


This week, I’m doing those, I believe people call them ‘dirty secret reads’ or something, but I’m not ashamed of anything I read, even my gay man’s and lesbian Kama Sutra’s are on full display on my book shelf (help that they are beautiful and shouldn’t be hidden)


Anyway, I’m rambling so this week are the series that even tho I read the next book I tell myself it’s not worth it, I’m over it, I will still go out and buy the next one.


In no particular order:

Lost Shifter & Wayne Country Wolves by Stephani Hecht
(LS - 30 & WCW - 12 to date)
I want to begin this with saying that these aren’t the only series, since I read most of them actually but it’s these two series that I’m never quite sure why I keep on going, it’s the series that irritates me more than anything each time I read it.
There both paranormal shifter world with the second being a spin-off.
Lost Shifters is at this point that there not only in a massive war with the Raven, which has been from the start, but the humans have gotten on the bandwagon, too.
Wayne Country they are battling against another wolf pack trying to take them over.

Wolves of Stone Ridge, Kontra’s Menagerie & A Paranormal’s Love by Charlie Richards
(WoSR – 25, KM – 19 & APL – 9)
Clearly, they are all spin-offs, which will be pattern of today, they are paranormal, and I believe there fighting Scientists. To be honest it’s a little all over the place and I’m not really sure what the big picture is, I think mostly because she focus more on the little ones in each book. but they are major cross overs, and I think you’d enjoy it a lot better if it’s read in published order, rather than series by series.

Cattle Valley by Carol Lynne
(CV - 31)
This is contemporary; it’s about a town that was created especially for gay men.
It’s a kind of a spin-off from Good-Time Boys

Anita Blake Vampire Hunter by Laurell K Hamilton
(AB – 24)
Paranormal Crime – sex, sex and a tad more sex is basically what this book has ended up as.

Lords of the Underworld by Gena Showalter
(LotU – 11 & AofD – 3)
Mythology paranormal, but no, I haven’t gotten into the spin-off of this series.
In this series, they are basically the pawns in a battle between to Gods, the Lords against human hunters who hate them for some reason or another, mostly due to the sin there body holds.

Black Dagger Brotherhood & Fallen Angel by JR Ward
(BDB – 13 & FA – 6)
Paranormal, BDB is about a society of vampires and if I’m correct at the moment the enemy is a group that have come from Europe who want to take the throne, for whatever reason, but honestly the books are that entwined with secondary characters I’m sometimes confused about the point.
Fallen Angel is Jim having to save the world. He has to make characters in the book redeem themselves. It’s not a traditional spin-off as Jim doesn’t know about the vampire world, but those characters and that world interrupts this one on more than one occasion.

Wings in the Night & Children of Twilight by Maggie Shayne
(MotN – 15 & CoF - 2)
Paranormal this one’s about vampires and I know, this series has actually ended, but if it was still going I wouldn’t have been able to stop.

Dark-Hunter/Were-Hunter/Dream-Hunters & Chronical of Nick by Sherrilyn Kenyon
(DH – 40/ WH – 9/DrH—5 & CoN—15)
Paranormal, mythical, the first part is about a group of humans who have been changed into Dark-hunters by, oh gods I forgot her name, anyway it’s mostly about them getting free, and I’m sure now there’s a lot more story involved as she’s gone into the next part, but I can’t remember it.

Willow Springs Ranch by LE Harner
(WSR—5)
Contemporary, this one is set on a farm, which has had a little bit of bad luck as they try and make it a place for LGBT copies to bring their kids.


(MP—13, SM—8)
If I’m honesty I just can’t quit the author, but especially the first of this series annoys me a tad at time, and yet…
Paranormal


And now because I don’t really have a 12th here’s the ones I now will be joining this group, the only reason they aren’t on it are because they are so new to be, like I’ve just started reading them 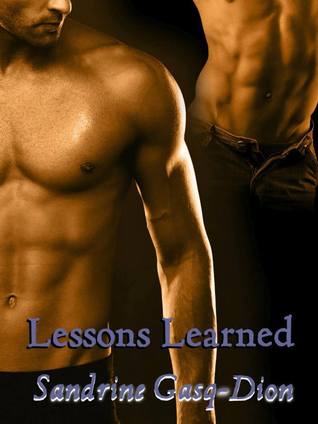 
And if Tracy has anything to do with it, this list will have a shit tone added to it *wink*


And that’s it.
I know there isn’t much on some of them but that’s mostly because I didn’t know what to say, but it doesn’t mean I’ll stop reading them anytime soon.


What are yours? Are they the same, different… want to add some ideas to what I should try next?
Posted by Bronwyn at 12:30 am
Email ThisBlogThis!Share to TwitterShare to FacebookShare to Pinterest
Labels: Chatting in the Stacks