Welcome everyone to my first ep. of this weekly meme, hope you enjoy 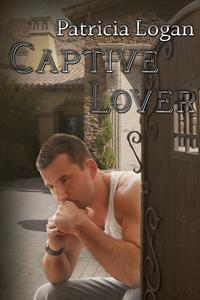 
Author’s Note: It was published in 2011 but when I released it in French as L'amant Captif, it went to number one in France last year on Amazon.


Dylan Yates isn’t a bad person but he’s fallen in with the wrong guy. Marcus Tucker is a big, bad and beautiful biker who runs a huge criminal empire. Dylan hooks up with Marcus for a night of all out hot sex and only realizes after it's too late that Marcus is into young boys, kids in fact. Worse, Dylan backs out of their planned evening together after meeting up with one of Marcus’s very young lovers. Fearful that Dylan will expose him for what he is, Marcus embarks on a plan to make sure Dylan doesn't expose Marcus' dark side. Marcus kidnaps Jared Yates, Dylan’s nine-year-old brother and threatens to “break him in” if Dylan doesn’t do exactly what Marcus wants.


Dylan’s assignment is to kidnap and guard a man named Connor Black until Connor’s very wealthy family can pay to get him back. What Marcus doesn’t suspect, however, is the attraction Dylan and Connor feel for each other the instant they meet. While in Dylan’s custody, Connor is at first afraid and then becomes angry and who better to take out his rage upon than his kidnapper? What surprises Connor is that Dylan, his big, tough kidnapper, refuses to fight back. Dylan is powerfully attracted to Connor but won’t allow himself to become attached to the man because he fears that he'll eventually be ordered to kill Connor if he wants to get Jared back safe and sound.


Little by little Connor realizes that Dylan is reluctant in his task to guard him and he begins to trust Dylan. Even more powerful than trust, Connor finally realizes his own deep attraction to the beautiful man. Is it just Stockholm Syndrome or is it something more? As the two men are forced to live together in the cramped surroundings of Marcus’s hideout, the walls between them crack and finally fall. Dylan gives in to his longing and he and Connor become lovers. When Connor finds out the truth of who’s behind the kidnapping and the hold Marcus has over Dylan, he's determined they face the menace together. The men plan their escape keeping in mind that not only must they get themselves out alive, but they must see to it that Jared isn’t harmed in the process. It turns out that trying to get away from a man like Marcus Tucker and his armed guards isn’t an easy thing to do

“Can I help you with somethin'?" The older man drawled loudly. Dylan's gaze shifted reluctantly from Connor's face to the glowering look on the face next to him.
"Yes, but not from you sweet pea," Dylan said nonchalantly, looking the older guy right in the eye in a direct challenge. "I was just gonna ask this sweet thing if he'd like to dance." Dylan forced himself to breathe through the dazzling smile he sent Connor as he returned his gaze to the shorter man's face.
Connor batted his long lashes and smiled back, locking eyes with Dylan. "I'm not much of a dancer," he said quietly while Dylan's heart skipped another beat. "But I can make an exception for you, beautiful," he finished.
Dylan heard an audible growl from the older guy as his hand dropped from around Connor's back as the young man slid off the barstool and reached out to take Dylan's hand.
Connor leaned over to the older man and pecked him on the cheek. "Maybe next time, Bill. Thanks for the drink sweetie," Dylan heard him say. Dylan noticed Bill's face fall as he realized he'd lost out to the much younger and prettier Dylan.
"Night Connor, nice to meet you," Bill said sadly as Dylan triumphantly led Connor to the dance floor. Connor's smaller fingers interlaced with Dylan's as he turned and spun into the man's arms.
The feel of Connor's compact body against his own hardened Dylan almost instantly. He'd never felt such instant and powerful attraction to someone before. When Connor sighed and moved into Dylan's arms so sweetly, Dylan nearly exploded with lust. Connor laid his head on Dylan's chest and Dylan felt the smaller man's hands on his back. A fragrant light scent rose to his nose. Dolce & Gabbana, fuck, his absolute favorite aftershave. Connor's soft hair teased the bottom of Dylan's chin and without thinking, Dylan ran his hands up Connor's back and pulled him in tight, resting his stubbled cheek on the top of Connor's head. The warmth of his hair bled into his body.
"What's your name," came the whispered query as Connor's voice rumbled through Dylan's chest.
"Dylan. Dylan Yates. Yours?" Dylan asked, leaning down to say the words into Connor's ear.
"Mm, nice to meet you Dylan Yates. My name is Connor Black," Connor purred as Dylan felt him rock into his groin. The contact was electric and Dylan, already stiff as a board, felt an instant burst of precome leave his cock when the other man pressed close. Jesus! He was gonna come right there on the dance floor with the smaller guy wrapped around him. His own body betrayed him as he rocked back into Connor's body, feeling Connor's hard cock press against his own. Dylan took the opportunity to grind against Connor up and down several more times.
"You keep humping me like that and I'm gonna come right here on this dance floor," Connor said.
Dylan groaned as Connor lifted his head from his chest and gazed into Dylan's eyes.


Other in the series

A Very Good Year, The Cowboy Queen
Posted by Bronwyn at 12:30 am
Email ThisBlogThis!Share to TwitterShare to FacebookShare to Pinterest
Labels: From the Backlist