There is something special in writing about love and how two people, sometimes more, can find how important it is. It’s special to us as writers if we find a song or a series of songs that epitomize that love story.

Sometime I get these and I just don’t understand what they want from them.
Do I put up a scene that was inspired by music, movies? I don’t have those, yeah I watch movies, I listen to music while writing but I don’t know of any that have inspired by them…

I did however write a short story based on a group of photos, which also, funny enough, is the book I’m releasing tomorrow, yay!!

In a weird way, Jimmy had never forgotten that first breathe of perfection that escaped him in those moments, and yet if his arm were twisted, he wouldn’t be able to verbalise the exact feelings of that first invasion. Something he craved again within a second of finishing that first time.
Sweating, breathing hard, they had laughed as Jimmy discreetly wiped at the tears that leaked out from the sides of his eyes.
He had loved Kevin a little differently from that point on. It wasn’t that he loved him more, or that his love was never going to grow, what he felt then was his forever. 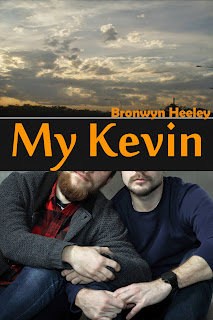 All those things had been there since Jimmy was young; it just wasn’t going to change no matter what. The intimacy between them seemed to lock them together, closer than anything Jimmy could ever imagine.
There was no way he could have known it would feel this…right, that an emptiness inside him would be filled even without being aware of its existence. Not until his muscles sagged, his breath deepened, and Kevin pulled him back into his chest, holding him close, closer than he’d ever been held before.
It was a rightness, which seemed to encircle him. A sappy smile lifted his lips. He his whole world came full circle, even as it started.
He felt…at home, and somewhere new, but safe, because Kevin was there with him. Kevin was his.

If you haven’t seen, I’m participating in the HAHABT hop and there’s still time to join in
Posted by Bronwyn at 12:15 pm
Email ThisBlogThis!Share to TwitterShare to FacebookShare to Pinterest
Labels: My Sexy Saturday