Welcome, it’s week 92 and our theme is Sexy Forever. WE are thinking the couple that will live forever. Simple, right?!

A hand gript him from behind, slamming him into the brick walls, the edges scrapped at his whiskers, sparks he’d deny later, scattered out of that that very spot, heating along his skin, making it tingle.
Dem snarled at the beast behind him, holding him against the wall, against his will. there was no way he’s let some mangy little vampire hold him down, not on his life, not even if he’s cock decided it was the only place it wanted to be, and that his balls were going to rebel if he made the hotness go away before they got to empty. 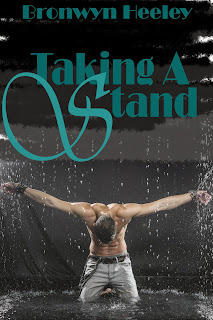 “You think I’m impressed, little Wolf.” Purred, he fucking purred, the sound shifted with the heat and hardness of the vampire’s body as it push up close to Dem.
Dem snarled again, pushing back, wanted the body off him, wanting off the wall. Wanting to rub against that hardness digging into the denim covering his arse.
His body tensed up, heat liquefied thought him, making his mouth water and his bones ached, it had been a long time since he’d fucked, and longer since he’d lost all power while that was happened.
His fingers gripped onto the wall, breaking skin as they scrapped against the sharp edges, pushing himself away from the wall, and into the vampire.
He wanted to get him off, the thought had him pause, he wanted the vampire off him, that’s what he wanted, that’s what he meant.