Week 94 is A Sexy Delight, so this should be delightful
Because this is our choice, I’m choosing a snippet from a book I’ve not put up in awhile

Gene’s grip tightened on Daniel’s hair as he arched his back to stop himself from pushing into the man’s hot mouth. Technique had nothing on the amount of times they’d been down this road, where Gene was able to keep his own hips in check.
He wanted to rut, and more than anything, he wanted to fuck Dan’s mouth as he spewed his seed down his lover’s throat.
Words left Gene’s mouth. He had to make it seem that they were only having a little chat as Dan knelt in front of him and sucked his brains out through his cock. 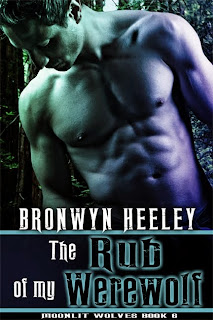 Fuck, he loved these moments. Not because of the cock sucking—though he definitely wasn’t going to complain, but more for the fact that he got Dan’s undivided attention for the duration.
Something about the man rubbed at Gene that made him itch to wrap his arms around him and watch the sunset, and to have that moment be the start of forever.
Or, if he didn’t want to sound like a girl, he probably had better think something more, like, um…throwing Dan over his shoulder and taking him back to his lair where he would lock him up and throw away the key.
Nah, that sounded to…Silence Of The Lambs for his taste, so it was probably something between the two of them that made him sound as if he had balls and a cock, but not as if he thought Dan was the weaker sex in this party.

Finally free, can Dan make the right decision, not only to keep himself alive, but to keep the man he loves.

Running for his life, in the literal sense, Daniel never thought he’d run into his ex-lover, the one he walked away from, forever, but that’s exactly what happened, or was it more Gene running into him.
As Gene tries to catch Dan and get him to realise they are better together rather than apart, he’s got to battle a very real enemy—one that’s been chasing them from the beginning.
Maybe it’s time to end this, maybe it’s the time to show Dan what he needs to see by standing beside him and showing him he’s willing to do anything for the man he loves.
But this is only the start. Let’s just hope they’re pointing themselves in the right direction.