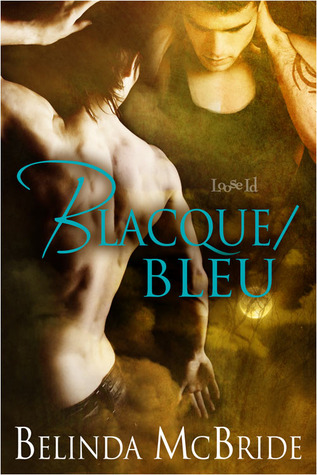 On the day that Blacque makes an important commitment to his family and pack, he also succumbs to temptation and agrees to a passionate weekend with the alluring vampire. At sunset on Friday, it's all about urgent lust and the drive to lose his virginity. When the sun rises on Monday, lust has shifted to love and devotion. He's not sure he can walk away, even for the commitment he's made. He's even less sure Bleu will let him go.

In Blacque's world, vampires and werewolves make uneasy bedfellows, and a gay werewolf is an impossibility. In Bleu's world, all living creatures are little more than vessels for food and sex. But in the mysterious and magical town of Arcada, the unexpected is always waiting right around the corner. Now Blacque and Bleu just need to survive long enough for Arcada's magic to work for them.

Publisher's Note: Blacque/Bleu is related to Chrysalis and Mad at the Moon, which were published by Changeling Press. This book contains explicit sexual content, graphic language, and situations that some readers may find objectionable: Bondage, domination, male/male sexual practices, violence.

Chrysalis, Mad at the Moon, Silver/Steel
Posted by Bronwyn at 12:30 am
Email ThisBlogThis!Share to TwitterShare to FacebookShare to Pinterest
Labels: From the Backlist