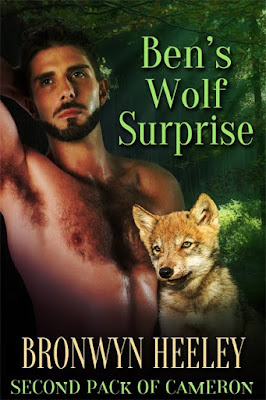 
Ben rushed to the toilet, sliding into the bowl as he slipped on the bathmat. His fingers hurt as he smacked them into the porcelain moments before he spilled his guts out into the bowl.
His retching, the splash of liquid hitting water and the sting in his eyes were the only thing on his mind as he tried to get the poison out of him so that he could stop being sick. He really needed to stop being sick.
Please can someone make it stop.
Ben took a breath as he slowly straightened himself up. Hoping his stomach was over this burst. He grabbed at a handful of toilet paper and used it to blow his nose before he wiped his mouth and threw the clump into the bowl as he got to his feet. His head stayed on level, hanging over the bowl as he waited. A second, a minute, he didn’t want to stand, he didn’t want to be looking down at the bowl, but it was hard, these moments of calm.
Flushing, Ben stood over the sink, washed his face and mouth out before he grabbed at his toothbrush and started on his teeth. He couldn’t stand the taste, couldn’t deal with the fact that he’d spewed and even though he’d be here again, going over the same routine, like he had six times since last night. He needed to feel clean and without getting in the shower, his teeth were the next best thing.
Ben shuffled his way back into the bedroom then looked around. He didn’t feel that bad at that moment. Queasy, yeah, because of the recent spewing. But on the whole, his head wasn’t hurting, his body wasn’t aching and he didn’t have a temp. He just vomited, had been just vomiting for a week and a half now.
Ben did not understand why it was happening. He’d even been to the hospital about it and they sent him home after nearly a day on an IV and all tests coming back clean. He did not have food poisoning or gastro issues. He did not have fucking anything and the fact that he hadn’t spewed at the hospital itself hadn’t helped, just got him home quicker.
He’d felt like a fool. Therefore, he kept it all to himself even though the sickness didn’t seem to be passing, didn’t seem to be anything even as he kept on doing it.
He drank as much as he could and he did seem to keep a lot of the water down. He even managed to eat a bit every now and then. Not as much as he’d normally consume but enough to say he’d eaten.
Smells seemed to be a big trigger. And the fact that he lived in a shitty apartment block meant there were a lot of them, at all different times. Each smell different from the next, nothing he could really track.
Breakfast was okay, toast and tea even, but any small waft of coffee and he’d be running to the toilet. The oily mechanic sweaty smell didn’t sit well with him either, which was weird, as it happened to be his favourite smell on a man.
Animal’s…he could not do them at all. Could not stand that animally smell they had, a smell he’d never really noticed until this last week. Dogs were the worst, they reeked in a way that got Ben backing away as quickly as he could. If one touched him, brushed against his hand, his body…well the last time it happened he was at his neighbour’s feet. Luckily, Daniel had been nice enough to wash away the evidence from the front steps.
Odder still was the fact that it took him four times under scalding water to wash the dog’s smell off him and he’d not been able to rest until he did. Could not sit still until it was clearly away.
A knock sounded around his apparent before Ben had made it to bed. He looked out towards the front of his apartment, even if all he saw from his position was the open bedroom door.
Posted by Bronwyn at 12:30 am
Email ThisBlogThis!Share to TwitterShare to FacebookShare to Pinterest
Labels: Excerpts