Please, after reading below, go and check out April’s Post


WIP, the Ups and the Downs


I’m going to choice Different for this question, mostly because the only other thing I have written this year is a short start to a book coming out in November, and I can’t very well say, “the downside is that my birthdays coming up and I’m excited” so I’m going a little older. Plus I’m meant to be editing the book so going back into it isn’t a bad thing.


Different a book written by my alter ego McGee, it’s a YA adventure, I think we can call it, and I first write it back in 2011 and then re-wrote it between Feb – Mar 2016. 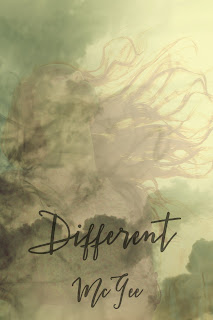 Cons: hm, mostly with this book has been the self-doubt. I’m not just talking about this re-write…actually I think this re-write was were the doubt came in. was the story good enough? Was there a reason? Did the reason I wanted the story to hold come through? Did I take too much out? Did I put in the right things?


The first time I write this book in 3 months. Which back in 2011 was a pretty good stretch for me. The re-write was about a month of solid writing, but I had a block of time where I couldn’t write and that pulled it out.


The thing is the idea came easily. It’s not original, not really, it’s a lot of things all sawed together and that’s fine. You know how hard it is to come up with something completely original?


The secondary plot reason for it to be there fit well, it was more pushed in the first telling then the second. So that was something that made things harder. The second was the romance, as in the first was littered in it in a way I never wanted the book to be. Therefore taking that out made me wonder if there was a story there after it. If it was interesting enough. If I could pull off that word count.


Lastly I had a problem, the one that made me stop, when I was nearly crippled with the doubt that the book didn’t even make sense. That it wasn’t worth reading.


Pros: I love this book, I loved it when I first wrote it, and I love it now that it’s done. It’s one of those stories I think holds a lot of nostalgic for me, but I think I’m able to pull it off


The points that are above are the ones I mentioned above because being able to figure then out was one of the happier moments of the whole re-write. I’m still not 100% sure if its worth reading or it its truly good but the fact that I finally finished one of my favourite books is more than I could have hoped and has given me the best boost in…whatever you’d call it.


It may not be the best things I’ve written but it’s finished and to me that’s more than enough.


What happens when two men are in very different places in their relationship?


Almost from the start of their relationship, Jonah was in love with Scott. Scott doesn’t share that same sentiment. Jonah finds out exact how Scott feels about him the hard way, when he sees Scott in a compromising position with someone else. How they react becomes the challenge two authors have set out to solve. Will there be forgiveness or misery as Jonah reacts to what Scott has done?