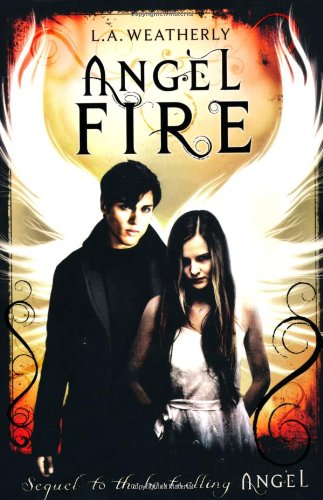 Only Willow has the power to defeat the malevolent Church of Angels, and they will stop at nothing to destroy her. Willow isn’t alone, though. She has Alex by her side—a trained Angel Killer and her one true love.

But Willow will always be a half-angel, and when Alex joins forces with a group of AKs, she’s treated with mistrust and suspicion. She’s never felt more alone...until she meets Seb. He’s been searching for Willow his whole life—because Seb is half-angel too.

Angel & Angel Fever
the why’s
I haven’t read it? Because the thing, though my copy is mid size, it has 708 pages, and that’s just hard to read, especially when I found the first book so interesting.
It’s also, because book 3 comes out in Oct ’12, so...why not just wait and I can read them back to back.
I’m also a little leery, I really loved the first book, and being that I’m not into Angels it’s a huge deal that this book was a hit to me. and the second book in a series is generally not as good for the fact that there is always so much information in them, and they are leading up to a big finish. But it could be good...I don’t know, I’m just, well....
☼☼☼
Posted by Bronwyn at 6:00 am
Email ThisBlogThis!Share to TwitterShare to FacebookShare to Pinterest
Labels: Hadn't the Pleasure