REVIEW, Sins of the Night by Sherrliyn Kenyon

In the realm of the Dark-Hunters, there is a code of honor that even immortal bad boys must follow: Harm no human. Drink no blood. Never fall in love.

Synopsis
But every now and again, a Dark-Hunter thinks himself above the Code. That’s when I’m summoned. Who am I? I’m the one thing the fearless fear. Step over the line and it’s my wrath you will face. Nothing can touch me. Nothing can sway me. I am relentless and unfeeling.
Or so I thought until I met a female Dark-Hunter who goes by the name Danger – it’s not just her name, it’s how she lives her life. She doesn’t trust me at all. And who could blame her? She alone knows that I’m here to be judge, jury, and, most likely, executioner of her friends. Yet she is my key to saving some of them. Without her, they will all die.
Dangereuse St. Richard is a deadly distraction. Something about her is reawakening a heart I thought was long dead. But in a race against evil, the only hope mankind has is that I do my duty. And how can I do my duty when it means that I will have to sacrifice the only woman I’ve ever loved?

Thoughts
Even though this book seemed rushed to me, it wasn’t all that bad, not when it flew off the pages nearly as quietly as it felt she wrote it (sorry if that’s not true, but it’s how it felt)

The plot is about a bunch of Dark-Hunter (the old, old ones—like first created, I think one of the is) has gone to the dark side, not seeing why they should help keep the humans alive. Now this is something that happens sometime, at least this isn’t the first time it’s happened, and when it’s time to see who’s lost it and who can be saved Ash sends in Alexion.
Now, as simple as you would think that is, and for Alexion it normal is, only he’s been put with Danger a tiny France woman who’s lighted up his lust decades back and who won’t help he get the one thing he truly wants (aside from her) when he’s in human form. This is mostly because of the whole her being a girl thing.
She’s also reluctant to hear him out, mostly being that he’s presence was predicted by the ones who is pulling at the Dark-Hunter’s strings (you can have a guess, I’m sure I’ve left out this a bit for reason). Anyway, that’s it, he comes, she believes him, then they go and see who they can save and how they can’t. Along with the falling in love crap. That’s it. Really. The story behind the story is actually longer than the story itself.

But then there’s a scene at the end that makes you break down. Scream at the unfairness of it all. Really I haven’t read a more heartbreaking end than this one, and it’s not really about the context of what’s written but the book as a whole that makes the end as unfair as it was.

I left the first part of this review up, it’s from when I originally read the book (or maybe when I started the reviewing part—which happened long before I started blogging—okay, not long, but I started it before posting them)
But it’s still all true and more so I feel that maybe I haven’t been doing a good job at review these books, because I have read them to death. 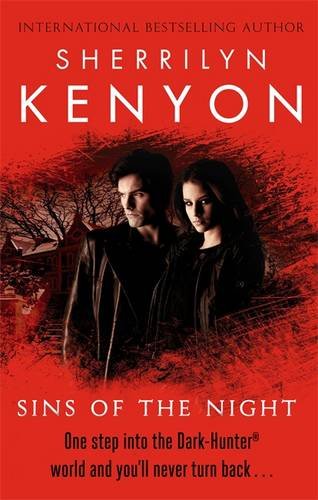 But again it felt rushed. And I have to wonder what it would have been like if it didn’t have that feel to me. The first time I thought that maybe it was only because of what was happening in my life. That my brain was rushing it. But at this read. A read that came from a long time not reading them, it still had a rushed edge to it.
But it was still...touching, and heartbreaking and gave us a look at some of the first ever Dark-Hunters, which is really cool, in a way.

It’s a good series, if you haven’t picked it up. You should.

Series
Fantasy Lover, Night Pleasure, Night Embrace, Dance with the Devil, Kiss of the Night, Night Play, Seize the Night, Sins of the Night, Unleashed the Night, Dark Side of the Moon, The Dream-Hunter, fear of the darkness, Upon the Midnight Clear, Devil May Cry, Dream Chaser, Acheron, One Silent Night, Dream Warrior, Bad Moon Rising, No Mercy, Redemption, The Guardian, Time Untime,
Related stories: The Beginning, Phantom Lover, Dark-Hunter Christmas, Winter Born, Second Chance, Love at First Bite, A Hard Day’s Night-Searcher, the Dark-Hunter companion, Blood Lite, shadow of the Moon, Dragonswan, in Other Worlds, Until Death We Do Part
☼☼☼
Posted by Bronwyn at 6:00 am
Email ThisBlogThis!Share to TwitterShare to FacebookShare to Pinterest
Labels: Review