This posting is for ADULT AUDIENCES ONLY.
It contains substantial sexually explicit scenes and graphic language which may be considered offensive by some readers


This post has not be edited, but hopefully it will all make sense


So this set is because I promised a month of blog stories…. 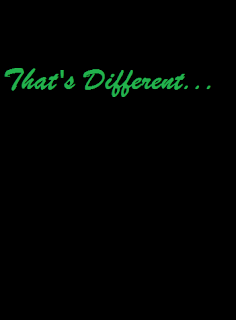 He’d wondered about that. Wondered why they’d give him a second chance when he fucked up, and simply, they had said it wasn’t in their nature to leave a man wanting. But more so, he was new, and all this was even newer, and it wasn’t reasonable for him to get everything first time around. However, if he proved to change as the season went on, then he deserved a reward.
His muscles loosened as the memories and excitement about this night came back to him. An ache ran up his legs and into his joints. It was nearly unbearable and he tried to shift his limbs in order to relieve the strain but there was no moving. That was the point.
“That’s a good boy,” Cass’ voice came to him in waves. The older man was standing at his side, stroking his hair as Todd let himself get comfortable with being strapped down to a chair.
The first sign of his awakening to the room was a lick of his dry lips. Fingers slowed down and then stepped back as he opened his eyes into the soft wash of light and a large bed that held, at least seemed, an even larger man, cuffs in his legs as he looked at Todd with an understanding type of concern.
Blinking twice made the spots stop dancing in his vision and Cass was back again at Jem’s side, his arm around the bigger man’s waist, his chin on his shoulder.
“Feeling better now?” Cass asked, a slight smile pulled at Todd’s mouth and a relieved sigh seemed to work it’s way through his body.
They were pleased with him. He did something right. Yeah, everything was better now.


Well… that was a little fuller than I expected. I hope you enjoyed.
Stay tuned to next Saturday when the last part of this session is posted: Cuffed to a Chair
Posted by Bronwyn at 6:00 am
Email ThisBlogThis!Share to TwitterShare to FacebookShare to Pinterest
Labels: Adults Corner, Free Read