Leave It All (Saint Lakes #1) by April Kelley 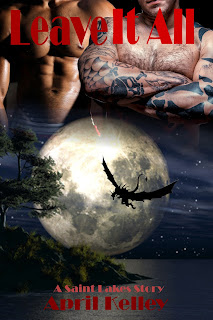 Lucas just wanted to be a normal human being, but normal is highly over-rated.

Lucas Speck had been just some guy who worked at an office supply store and house-sat for his snowbird parents. He was nobody special. Or that’s what he thought before the headaches start and weird things start to happen to him. When people start chasing him his whole life gets turned upside down.

Bennett Somerset is a dragon shifter, who likes his quiet life in his quiet town. He isn’t looking for complications. He already has a family that defines the words, weird and crazy, to perfection. Good thing they live in a small town where nothing ever happens. That is until he smells the most delicious thing in the world and realizes it’s his mate. His little witch of a mate just made things way more complicated.

FREE on Kindle Unlimited
Which means, If you buy the book outside Amazon you will also receive a free short story

On a shopping trip to the mall with his brother-in-law, Lucas makes a bet he’s not one hundred percent sure he can win.

Christmas was Lucas’ favorite holiday and this year would be the best ever. Gone was his boring, less than stellar life. Now he had his dragon shifter mate and a family that actually liked to spend time with him. What more could he ask for?

Well, he wanted his mate to wear one of the ugliest Christmas Sweaters in the known universe. He had a hundred dollars riding on it. His mate could be as stubborn as a…well, a dragon, at times. He just might lose this bet, after all.


Saint Lakes is a small village that is surrounded by three lakes: Cable, Somerset, and North Lake. Dewey and Somerset almost flow together, they are so close. A road between them is one of only two ways in or out of Saint Lakes. The other road in and out of the small town leads right through Main Street. Around the lakes are forested areas with a few scattered houses thrown into the mix here and there.
One of these houses belongs to the alpha of the Clan of Saint Lakes. The alpha, Ramsey, is a water shifter, which is sort of like the Loch Ness monster. He prefers to shift in the water, although he can shift on land. His preference is the reason he lives in a house next to Somerset Lake.
Main Street has a four way stop with a gas station on one corner. Across the street from that is a fruit and vegetable stand that shuts down in the winter. A shopping complex is on the other corner. The shopping complex has a small grocery store, an ice cream parlor, and a small diner that’s mainly just open for breakfast and lunch. A snake shifter, Sage, works at the diner and is one of the best workers the owner, Rosie, has.
Just down the road from the town’s center is Forrest Somerset’s cabins. Forrest is a bobcat shifter. He rents small, one room cabins to any paranormal, or human that knows about paranormals, who visit the area. These cabins are right off of Cable Lake. It’s a nice place to stay if you’re looking for rest and relaxation and Forrest is a great host who charges a reasonable price and keeps the place clean and tidy.
Bennett Somerset, the Main Character of Leave It All is a dragon shifter. He owns the only boat repair business in town. He runs it right out of his garage at home. It actually works in his favor that he doesn’t have competition because he’s a surly shifter and would probably lose a lot business by pissing people off. Good thing the fine paranormals of Saint Lakes have nowhere else to go for boat repairs. 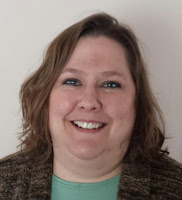 Living in Southwest Michigan, April resides with her husband and two kids. She has been an avid reader for several years. Ever since she wrote her first story at the age of ten, the characters in her head still won't stop telling their stories. If April isn't reading or writing, she can be found
outside playing with the animals or taking a long walk in the woods. If you wish to contact her, email authoraprilkelley@gmail.com. Please visit her website at authoraprilkelley.com


Posted by Bronwyn at 1:30 am
Email ThisBlogThis!Share to TwitterShare to FacebookShare to Pinterest
Labels: Plugging this Shit