#MSS117 While You Were Sexy

This week’s theme is a take on the movie, While You Were Sleeping, and can be fun, quirky or not. So many things can happen while you were sexy…

Shad’s tongue probed deeper and his fingers carded through Ben’s hair, pulled it slightly, adding a sting that Ben was quick to ignore for the better angle the man moved him into. His head was lifted, making Ben shift onto his tiptoes, bumping covered cocks together.
A moan ripped out of Ben’s throat from lust, from protest, both fighting each other, both needed something desperately. 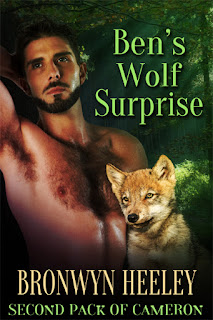 “Sorry,” Shad gasped, their lips a hair apart, hot breath fanning Ben’s face, spit linking them as Ben’s heels hit the ground again. They panted, forehead to forehead, swaying just slightly as the beat ran through the room. A damp sheen of sweat covered each of them, from the room at large, from the heat coming off each other.
Shad shifted back slightly, looking up over Ben’s head, which was when he heard the catcalls and whistles around them. Both of them had created a live show for the crowd around them. The entire crowd was high on life, drugs and alcohol, all wanting their own slice of lust.
With a smile on his face, Shad looked down, his eyes hooded, pupils blown, sweat lingering against his forehead and upper lip—or was that Ben’s spit? Ben had the sudden need to lean forward and taste to find out.
Shad didn’t let him—instead, his smile got wider. “You want to get outta here?”
“Fuck, yeah,” Ben nearly screamed in his excitement, getting a full-on laugh out of Shad and echoing the crowds jeers, and he was hauled out of the club’s wide door, his wrist tightly held by Shad. The man was not letting him go.