This week because April and I have both had books out that we’d start with a promo swap – that too and we haven’t quite talked about what we actually want to do with these weekly posts this year.

If you have a thought comment and tell us, we’d love some input. Do you like the WIP snippets our would you like to see something different from us. Like a challenge, we both have to do or something. 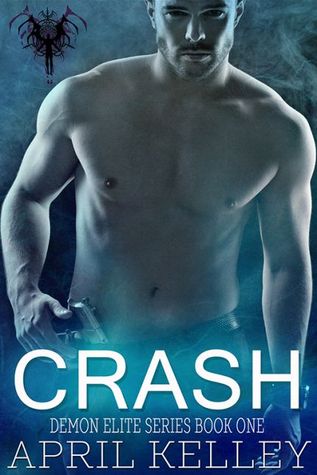 Love and danger aren’t supposed to go hand in hand.

Elijah wants to go back to his old life. He never realized just how well his mother kept the rest of his crazy family out of his life until she was gone. His extended family has descended on him like the plague, and now he’s in some deep trouble—trouble he can’t get out of, no matter how hard he tries.
Crash Morgan is the guy his boss sends when someone needs to get assassinated. Sometimes the best thing for society is to eliminate the worst that humanity has to offer, and Crash is very good at doing that. When he’s sent to interrogate Elijah Spade, he’s a bit out of his element. Talking to the suspect isn’t exactly where he excels. Even worse, Crash feels protective of Elijah.

The bass of the music bumped through the brick walls of the club. Elijah Spade sat in the backseat of his cousin’s car, dreading what he was about to do. This wasn’t him. He wasn’t a helper in his family’s grand scheme to make money without actually having to earn it. At least he never had been before. They had always left him alone.
“All you have to do is lure him into the back of the club. If there’s a bathroom in the back, then all the better. I’ll take over from there,” Jasper, his cousin, said.
“How am I supposed to do that?” Elijah asked, already knowing the answer.
Jasper turned in the seat. “I thought this was what you liked. Getting off with men. A sick pervert like you should be able to think of something.”
Elijah shook his head. He didn’t want to be a part of this. The man he was supposed to help kidnap, Finnigan O’Reilly, would be caged in one of those cells at Uncle Phillip’s compound. That man would die in those cells, or he would be used as a sex slave in Uncle Samuel’s business. Either outcome was an awful way to spend the rest of your life. With the manner in which his uncles treated people, that probably wouldn’t be very long.
This was what his family did—at least his mother’s family did stuff like this all the time. She had two brothers, and they made it all about the money. Elijah was under no illusion that they viewed him the same way. When his usefulness wore off they’d kill him. The only question was when that would be.
“No, I can’t do this,” he whispered. He looked at Jasper then. His cousin had a sickness in his eyes that had always scared Elijah, and he never understood why. He didn’t even think Jasper knew why he was the way he was. Probably had something to do with having a father that thought he was God. Literally.
Jasper reached around his seat suddenly, grabbing a fist full of Elijah’s hair. Elijah cried out as Jasper pulled him until his face pressed against the back of the front seat. “The only reason you aren’t in one of those cells, along with all the other disgusting sinners, is because I convinced Father you’re useful, so don’t tell me no, or I’ll send you to the compound to die.”
Jasper let him go, flinging him away so suddenly Elijah fell against the seat.
Elijah’s heart pounded in his chest so hard he felt it in his head.
Elijah hadn’t been too exposed to his uncles’ deviant nature until the last couple months, since his mother’s passing. He didn’t know just how far over the edge of insanity they had fallen. Well, it turned out only Uncle Phillip was insane. Uncle Samuel was just a criminal and an all-around bad person.
Elijah had always known they were bad news—his mother told him often enough. He just never understood how bad until after she died, when she wasn’t around to protect him from them anymore. Now he understood that Jasper was a psychopath and would do just about anything Uncle Phillip told him to do. So a crazy person was leading a crazy person.
This could not end well for Elijah.
“Now get in there. You know you’ll like it. All you disgusting sinners do.” Jasper turned around in his seat. “You have thirty minutes before Uncle Samuel’s men go in after you. That should give you plenty of time. Don’t fuck it up.”
“This is wrong, Jasper. You know it is. Please don’t make me do this.”
Jasper started to turn around in his seat again. He held a gun in his hand, not pointing it at Elijah, but just hanging his hand over the seat so that it was visible. Elijah leaned back in his seat, away from that black metal. Jasper laughed and said, “You think I’m going to shoot you if you don’t do what I say.”
He stopped laughing so suddenly the shift in mood was scarier than the gun could ever be.
Elijah knew his cousin well, knew firsthand how much he loved to cause people pain. Jasper loved the sight of blood, even his own. He was just about the only one on the Avery side of the family that his mother would have anything to do with, and that was because he had been a child. She had naively thought she would have some influence over him if he was allowed to visit them at the resort every summer. His mother thought all children were pure, innocent souls. That might be the case for most kids, but not with Jasper. He was as evil as his father, and had always been that way. When they were kids, Elijah had once walked in on his cousin cutting his own arm. Elijah remembered the gash being long, large enough to leave a scar from wrist to elbow. Jasper always wore long sleeved shirts, so Elijah hadn’t seen the scar since they were teenagers. Elijah would never forget the look on Jasper’s face. It was like he was thrilled at the sight of his own blood, as if it was Christmas morning and he was opening a present.
“I’m going to make you bleed if you don’t. It’ll hurt so much you’ll wish you were dead. Now, get your ass in that club and get Finnigan O’Reilly. Now.”

BonyDee Press is asking for authors for a donation of one of their stories for an charity anthology, if it's something you'd like to donate to please check out our submission call
CLICK HERE TO LEARN MORE
Posted by Bronwyn at 2:00 pm
Email ThisBlogThis!Share to TwitterShare to FacebookShare to Pinterest
Labels: Aprils Interlude