I am delighted to be guest blogging on Unrandom Randomness. It's such an honor and a joy! Thank you for having me!

My name is Bailey Queen, and I am a new author to the MM Romance universe. I've written before, under a different pen name, and my current catalogue has a smattering of romance and erotica titles, some MF and some MM. MM Romance is my favorite genre, and I am loving life writing in this universe right now and getting to spend time with so many great people!

I was asked, "Where did you get your inspiration for these characters? How did you come up with this story?" Great questions! You see, I take a dartboard, and I tack some names up, some plot points, etc., and then I take a blindfold… JJust kidding.

I actually like to build my stories wholly from my characters. I started with Ben. Ben is very near and dear to me. I know many Ben's in my life, men who have left parts of themselves and their souls behind somewhere, thanks to conflict, war, or agonizing pain. They've cut something of themselves out, trying to never feel that loss, that emptiness, ever again.

For Ben, eight years of service in the military during the height of the Iraq War, including rough and brutal combat tours, have weighed heavily on him. On top of that, Ben had his heart ripped out, and the compounding effect of the loss and pain brought Ben to a complete halt. His heart and his soul froze, and he refused to feel anything, anything at all, ever again. He moved on with his professional career, entering the FBI, but his soulless approach to life dragged down everything he touched.

He's tired, tired of trudging forward and tired of persevering. Ben guards himself with rigid barriers and harsh silence.

And then there's Tanner. I created Tanner by listening to people's desires. We hear, all the time, people wishing and dreaming for a different life. For something more exciting, more adventurous. Occasionally, some of us do have that kind of life, filled with adventure and intrigue. At the core of our lives, though, we always want the same thing—someone to share that life with.

Tanner is a man who, on the face of it, seemed to have everything. A dazzling career, a jet set lifestyle, a long string of lovers. Tanner was a former flight attendant, and he spent much of his life living in exotic locations and exploring the globe, and spending his nights with different men as often as he pleased. On the surface, Tanner's life seemed be a dream. Wouldn't we all want that? Adventure, travel, lust, and great sex?

There's a hole in Tanner's world, too, though. He's missing the heart of his life, and while jet setting and exotic lovers are fun and fascinating, Tanner wants more. He wants the apple pie life. The morning after, and everything else. Bedhead and a shared closet. He wants a partner. When tragedy befalls his family, Tanner moves home and tries to set up a new life for himself, going back to his roots as a rancher in small town Pennsylvania.

He's confident, but quietly so, comfortable in his skin in a way that we often wish we were. He's lived, and he knows what he wants.

Ben—frozen in place and too rigid and hurt to move forward from the pain in his life—crashes into Tanner — a man who wants to find his partner and his equal—one night, with devastating consequences. What could *possibly* go wrong when these two men collide?

That one meeting—a single, stolen night—could have been the end of their story, but darkness from Tanner’s past rears its head, and Ben is called back to Tanner’s small town for the murder investigation. As the bodies begin to pile up, Ben and Tanner circle each other warily, both men wanting—and needing—something from the other. Both men are torn in half—Tanner by his past coming back to haunt him, and Ben by the force of the investigation, and his role as a lead FBI agent. Could the man he, almost inexplicably, is falling for be the murderer they seek?

What I hope worked for you in this story is the sizzling sexual tension, the cautious circling of the two men as they negotiate both each other and their own souls, and watching as they work together for a future where Ben and Tanner might be able to find space for each other inside their hearts and souls. I loved writing this story and sharing Ben and Tanner with you.

Thank you for having me! 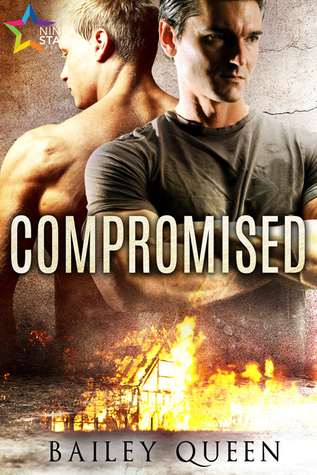 Murder in the country.
A one-night stand that refuses to end.
Ghosts from the past that return to haunt.


Special Agent Ben Diggs can’t stand what has become of his life, so much so that he hits the road one night, maybe to crash his bike, maybe to drive off into the night and never be heard from again. But he meets Tanner Bagley, a rancher from rural Pennsylvania in a hick dive bar, and sparks fly. For the first time since everything went to hell, he feels alive again.
Ben runs from his emotions as a rule, and he flees in the middle of the night, trudging back to his dreary life in Baltimore and his failing job as a FBI agent. But then his team is assigned to investigate a murder in that same backwater township in Pennsylvania where he met Tanner, and it’s a different set of sparks that fly when faces Tanner again.
As the bodies start to pile up, tensions flare, and Ben is stuck between teammates that question his every move and a devastatingly handsome rancher whose heart he bruised. The lies keep piling up, and Ben is forced to stake his career – and his very life – on the trembling hopes of his wounded heart.
Deep in the countryside, someone is hunting gay men in Middle Creek, Pennsylvania… Gay men all with ties to Special Agent Diggs’ one-night-stand…

Outside Gettysburg, on the highway halfway between the battlefield and nowhere, the tiny ranching township of Middle Creek boasted a one-stop diner and dive bar on its outskirts. Complete with an after-hours tack shop for all of your midnight ridin’ and ranchin’ needs, it was a neon oasis in an ocean of farmland. There was a mechanical bull in the back, and peanut shells and hay littered the split-wood floor. Wagon wheels and deer heads hung on the walls, as did Christmas lights. A rickety old karaoke machine belted tunes that were out of style the day they came out, decades ago. In one corner, a stage made up of leftover pallets bungee-corded together hosted the local talent—fiddlers, guitar strummers, and banjo killers—every Thursday evening.
On Fridays, it was “Prime Rib and Shrimp Special” night, and the diner was packed from four in the afternoon until eight in the evening. Afterward, only the drunks and the loners stayed, downing beers at the worn mahogany bar as bad Elvis covers droned amid twinkling Christmas lights and the buzzing glow of beer signs. Ben had been there once before, on another night when he just had to ride, to get away from everyone and everything. He hadn’t gotten drunk that night, but he’d been close. It was a modern miracle he’d made it home, and he’d stayed off the booze for a whole month after.
Tonight, he was going to get ripped. Look out, liver. Suit up, kidneys. Snorting, Ben tossed his keys into his helmet and cracked his neck. His eyes caught on his reflection in his mirrored visor. Messy dark hair, scruff that could only just be called a five o’clock shadow. Chapped lips turned down. And his eyes—God, when had he gotten so damn old? So damn worn down? His gray eyes were dead and dull, and he even bored himself. He spun his helmet around, banishing his reflection, and climbed off his bike. His jeans sighed, loosening around his balls and his thighs, and he unzipped his dark leather riding jacket as he strode into the bar.
Four other drunks tonight, two at the bar and two trading stories over mugs of beer at a back corner. They were old, at least one hundred and eighty four, and they had to be sharing memories of their time in the War of 1812. Were there Diggs dying in that war too? His pops had drilled him about their proud history, but for the life of him, he couldn’t remember which illustrious ancestor had sacrificed in that war.
Ben slid onto a barstool at the very end of the bar—a signal for leave me the fuck alone—and propped his helmet up so he couldn’t see himself. He clasped his hands together, leaning against the mahogany, and waited.
After a good fuck long of a while, the bartender stopped drying his glasses and wandered over. His gaze lingered on the helmet and then slid over to Ben’s raised eyebrows. He stopped just outside the edge of Ben’s “don’t fuck with me” bubble.
“What’ll it be?” Bored, the old man waited for Ben’s order with a sour twist to his lips.
“Yuengling. And keep them coming.”
The bartender nodded and wandered off, filling a pint glass with Ben’s beer before sliding it back down the bar to him. Ben flipped his credit card out to open the tab and cracked his neck again, rolling his head from side to side.
Three beers in, and more bad Elvis covers, the bells over the diner’s door jangled, announcing a newcomer to the fray. Ben shot a glance over his slumped shoulder.
Blond hair caught his eyes. He sat up straighter and tried to get a better look, all the while trying to appear like he wasn’t interested at all.
He had blond hair, cut short and trimmed neatly, and a long-sleeved, plaid flannel shirt stretched over a firm, muscled body. As he moved toward the bar, Ben noticed tight, faded, button fly jeans cupped a firm ass and hugged down tight legs—legs meant for gripping and riding, for wrapping around thick, powerful mounts and holding on. In scuffed work boots, he stopped before the bar and hooked one onto the leg of a barstool as he leaned forward, resting against the bar top.
Slowly, Ben’s gaze wandered up the newcomer’s body, and he came face-to-face with the man’s raised eyebrow and quiet smirk. “Hi,” the blond said, never dropping that damned smirk. “That your bike outside?” He jutted his chin toward Ben.
“Huh?” Ben frowned. He sat back, and his elbow jostled his helmet. Oh, right. His helmet. Dead giveaway and all, just like he was being. He straightened, tried for nonchalance. “Yeah. Just stopped in for a few.” He nodded to his beer and shut his damn mouth before he got into more trouble.
“You’re not from around here.” It wasn’t a question. Blondie pulled out the barstool next to Ben and plopped down, still smiling. His chocolate eyes laughed at Ben as he stuck out his hand. “M’name’s Tanner.”
Ben stared and then slowly took it. He shook once, but pulled back when he felt Tanner’s thumb stroke down the back his hand. “Ben.” He turned back to his beer.

Bailey Queen is the pseudo name of a romance and erotica author. It's my secret identity in the publishing world online. :)
Bailey Queen is a romance author who has been writing fiction since 2001. She's recently started writing under this pseudo-name and is having a great time doing so! She writes adventure, mystery, thriller, sci-fi, and fantasy, all with a LGBTQA angle. She likes to challenge conventions and provide readers with interesting characters and storylines. Bailey has lived around the world, and she loves to put places she's lived/traveled into her stories!