Unfortunately, the media is filled with stereotypes. How people perceive men of any color is a guy lacking emotion, rough, most of the time an alpha with a bad attitude. Then there’s the gay man who is sometimes portrayed as overly girly, weak, and more often than not, a sex addict. In the early 2000’s we were blessed with Queer as Folk, showing beautiful gay men of all types, embracing their sexuality, dealing with the same issues as straight couples trying to survive in the modern era. As brilliant as QAF was, it was missing a key element. In my opinion, a gay man of color who was also a main character would’ve added something to the show.

Some time later, Noah’s Arc came along and I believed it only lasted two seasons. From the couple of episodes I did see, it portrayed gay men of color in a positive light. Seemingly, this series might not have been interesting enough to keep running so it disappeared without a trace.

What about in fiction? These days we have a wealth of colorful gay characters in many books. The question is how do we write them? Do we draw on the stereotypes? Black and or Hispanic men who are angry and always intense; Asian men who seem timid and weak. Those are just a couple of examples. Do we need to add this to our books for them to seem real? In my estimation we don’t. I often wondered why authors, whether it be books, TV, and or movies can’t make a character, especially a gay male character of color, who doesn’t fit that mold. Sure, you can add to the setting to make it more “real”; a young black man from a poorer neighborhood. Perhaps his family hates that he’s gay and his friends don’t accept him. Yes, that’s all the reality I need and let me say, not every black man comes from a background like that. But with his attitude? Must he be overly angry at the world and seething all the time? Well hell, he could be a goth boy or an intelligent scholar, from a not so poor neighborhood. Perhaps he was the rich one and his white counterpart the middle class working man.

What’s my point here? When I write a gay man of color, I try to avoid the stereotypes unless it is a central part of the plot. I feel people should be written as people, without pulling from the so called mold.

Regardless of race or nationality or orientation, we’re all human with unique traits and attitudes that make us stand out from others. Characters should be treated in the same fashion. 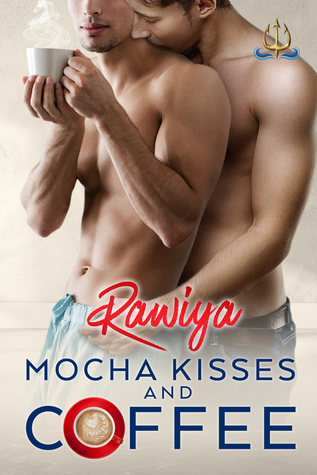 Simple delicacies like donuts and coffee can bring two people together no matter what their differences; it can make for a very satisfying experience. But deceit can turn those experiences sour.
In these two stories, Cupid shoots his arrows at four men, drawing them to one another through chance encounters that instantly grow into something more.

Time To Make The Donuts
Christopher Wettlon has inherited his grandfather’s Donuts to Go shop. He’s young, educated, and pretty well off, but still something is missing from his life.
Enter Andre Bentley, who seems to have everything going for him. Little does Christopher know Andre is out for more than his fresh, strawberry creams.
The two men are getting along well until Chris confronts Andre about his job. Can Andre ‘work’ himself back into Chris’s good graces?

Smooth Like Latte
Brendan Walsh is committed to working for his irrational, homophobic dad who has threatened to disown him if he comes out gay to the world. Pretending to be someone he isn’t weighs him down. This puts Brendan on edge and alert at all times, leaving little to no time for him to build a steady relationship with anyone.
Davori “Latte” Jenkins is a happy go lucky barista working in the Walsh building. Born and raised in North Carolina, Latte possesses extremely good looks and charms the pants off anyone in his path using his Southern boy attitude.
When Brendan visits the shop Latte works in, they’re immediately drawn to one another. Latte makes him a caramel latte with something extra.
Because Brendan isn’t out of the closet, they keep their thoughts and flirtations private. Once they start dating, Brendan gets the courage to come out publicly and the relationship goes into overdrive. Still, Latte desires something more to define their relationship.

GIVEAWAY
Rafflecopter Prize: One winner will be selected to win a $10.00 All Romance Gift Card
a Rafflecopter giveaway