Guest Deja Black with They Call Him Nightmare 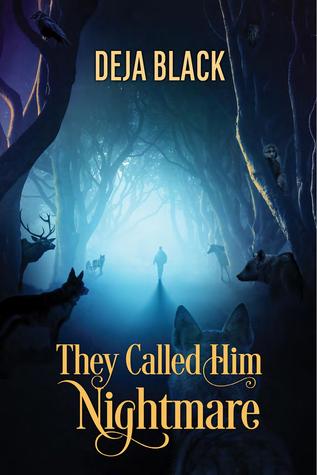 Growing up, Kai Bennu was taunted for skin dark as midnight and his otherworldly appearance. They called him Nightmare, but Alec Vasilios, a wealthy and powerful businessman, wants to call Kai his own. Kai’s past has left him with little trust in others and even more reluctance to surrender himself to Alec’s power. With both men harboring supernatural secrets, finding common ground won’t come without sacrifice.

They never asked him his name. They ran from his shadow. He was alone. Always alone. He was Nightmare.
To me he was everything I wanted. To me, he was beautiful. I needed to run my fingers along his skin, to cherish him. In the heat of the blazing sun, I wanted to taste his sweat. I wanted him beneath me, a part of me, a part of my soul. He didn’t frighten me. He entranced me. He called to me.

Deja Black had fantasies of men loving men, men who felt strongly, loved hard, and needed a hero. Then one great day she came across a book and discovered the world of m/m writing, encountered others who shared her obsession as much as she did, and found a world where she could not only be accepted for the lives and loves she envisioned, but she could create them too. So why not? Why not take the stories she would write and throw away as a teenager, grow them, dream them, and make them a reality where she could know her own characters, let them live their story, and make them real for someone else? And she did. Now, with the support of her hubby and some intense time management, she is learning to balance her family of two energetic children and a very needy shitzu at home along with the many students she teaches each and every day with her passion of writing what she loves to read.