I was born and raised in the Blue Mountains, NSW, Australia, and now I’m raising my own children in the same area. 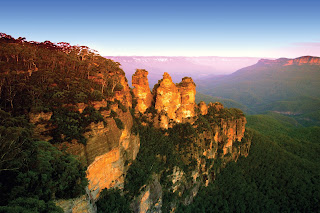 It’s a beautiful place, like yeah I’ve been here for so long I’m of the type of mindset that if you’ve seen one lookout you’ve seen them all, which is actually the truth or semi truth because it’s more like, if you’ve seen 2 lookouts you’ve see them all – three, maybe…

The Blue Mountains is, as you’d guess a mountain range that has the gross valley on one side a national forest on the other and the plans on what’s left. So as you can guess that’s pretty much all you see whenever you got to a lookout. And we have a shit load.

So clearly where I live is pretty, it’s a tourist trap for a reason, and therefore it’s quite boring for a person to grow up around. That to and the trains run hourly if there on time (generally not) and you want to get your licence as early as possible.

I grew up with learning problems that didn’t really effect my life until I hit high school, where I made certain I got rid of the only friend who would have seen my depression and been sad at my passing and became friends with some of the worse people around.

Okay, that’s not true. They were just bitches. We were bitches. I gave as good as I got.

I was shy, maybe a little awkward, though mostly unique in a way I could never hide and I’m not sure I every truly made an effort. I’m very good at not seeing what I didn’t want to and a lot of what I was seeing settled in deep.

I started smoking in year 6 (primary, around 12) and really started at the beginning of year 7 (high school, 12). Drinking started at the end of that year and steadily got worse.

Did I tell you how boring the area I lived in was? 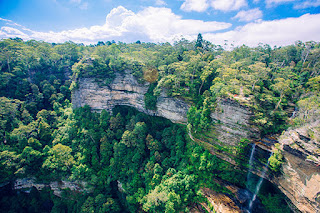 Now I might have been shy but I stood up for myself, I didn’t back down and may or may not have been called a crazy chick. I’m not sure on these facts as far as I remember it never happened to my face.

It was and still is very white. But this is the place that was in a way founded by bikers and hippies. Though I’m sure there are a lot of church nuts and I do believe a cult of some sort lives at the top. I use to go to the pub chopper read would visit one his way over the mountains. It might be sad how proud we are of that fact but we are (or were in my time).

It’s a quiet place to live, close to a point that someone knows someone who knows someone. When I started dating my partner we had that fun of my dad knowing someone who knew him and probably learnt things he didn’t need to know about him. But that didn’t stop him from welcoming him into the family, so maybe it wasn’t that bad.

I guess it was a good place to live. I only ever went to 2 funerals of teens I knew that died. One closer than the other. Which was a plus, believe me, as we tried our best to skirt the edge of death. Pushed as far as we could. Though I was lucky that I didn’t get into one of the groups that found themselves in jail (though I know a far few people who visited the lovely place as inmates).

My look back is that I was bored and a bitch. That’s my teen live living where I did, however I was lucky. So much luckier than most as I didn’t have anything in my past other than boredom and for the fact was that we were very sheltered. I only know one person whose father died and one who got a devoice up until I hit high school and no as much was known about those people.

Anyway, that’s what me, maybe you learnt something, maybe not, I’ve never kept my past a secret.