Who is next…. I think we end up with Chris from Taking Control of My Werewolf

I thought I’d start off with him as he’s actually one for the harder characters to write. Not because he’s not a talker but Chris is meant to be from a part of my personality that I have managed, for the most part, to get rid of. 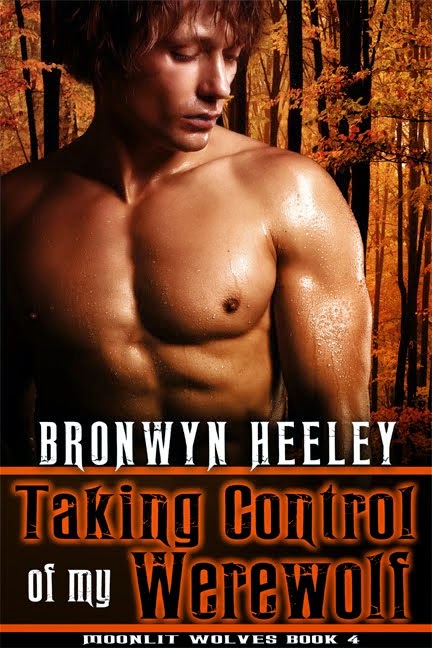 The thing is, I did get rid of a lot of it and so that burning need to…defend myself, to create these massive bubbles of tension and conflict in order to defuse my own stupidity wasn’t there anymore.

It was hard writing.

I wanted him to be spark, to be hate filled and to carry a secret around that he thinks will ruin his life if it gets out.

I have re-wrote and re-wrote the sex scene three times before I settled on the one we have. and this is because of two reasons

1) I started off this book with a sex scene, one that ends up more in a side story then what was necessarily there. The scene was about Chris being tied up and a leather belt ripped his skin away.

He loved it, every glorious moment of it, because he’d kink is pain. Full stop. He’s not a sub in any other way but pain, and that works for him, it worked for the story, until I met Eamon

2) Eamon.
The thing is I never really saw Eamon until he turned away from the werewolves and walked himself back into the house where he drank himself to sleep.

Yeah I got peeks, but nothing really, because Chris was demanding too much, he wanted pain and Eamon, though…okay, not his point. Eamon was a Dom and D/s type of dom. So I hate these two people, suited beautifully together, only they both think they are one type of person, one type of leather.

So I had this idea of where they needed to be and I put them there, because it was easy. All I’d written about them was that one sex scene.

The thing was, it was all wrong for them, and that bothered me for months after finishing the book, I had even submitted it before I got a clue and changed the sex scene, and now… it’s perfect.

Chris, I hated writing every minute of Chris because even though I was managing to push away all this defensiveness he made me see things I didn’t want to remember. Let me realise how much it took over me life. It didn’t tell me anything else, I knew why I was like that, it was inevitable and I still find myself struggling to bite back the snap when it rears back up again. To realise I’m not being rational, and all that.

I think tho, it’s was hard because even though he was meant to have this anger, this defensiveness he is nothing like me, and a lot of his pain and his need to prove he could help save everyone. that he was worthy of someone to hold him and reassure him, when he’d put himself into positions where that would never be given to him.

In the end I think it help that they both held this different part of the leather world and as they wanted to hold onto what they had, they craved the other part, they both just needed someone to open there hearts and let them be who they are meant to be.

And yes, I do see how I’ve managed to make it about both of them, but unlike a lot of the other couples, these two…I don’t know, they are one.

Lol, they that couple in your life that once they are together there isn’t a single one anyone, it’s both or nothing.

Endnote: I am putting together an anthology of Moonlit Wolves shorts. At the moment it sits at 11K.
The stories are what I wanted to put with the books themselves, as they are moments in them – like how Jex and Matt ended up fucking on the lounge in book 4, or what’s with the tension between Phil and Craig in book 7.
I also have a few other shorts, just catching up with all the books.

My question is, what is it you want? Would you like a sneak peak short of the next book? would you like a short from inside one of the books we have already seen. do you desperately want to check in on someone. Now’s your change.

Email me, comment here, or find me, or a post on FB and tell me what you’d love most in the collection and I’ll see about helping you out.

This is going to be published for Christmas, but the end for submitting you thoughts is the end of May as I’ll be submitting the anthology in July at the latest.

If you need a place to chat with me about it – and I’d be more than happy to, join my group by clicking here
Posted by Bronwyn at 12:30 am
Email ThisBlogThis!Share to TwitterShare to FacebookShare to Pinterest
Labels: Characters Character