Very excited for you guys to read this book, and for a sneak peek, as it come out in a few hours here’s an excerpt 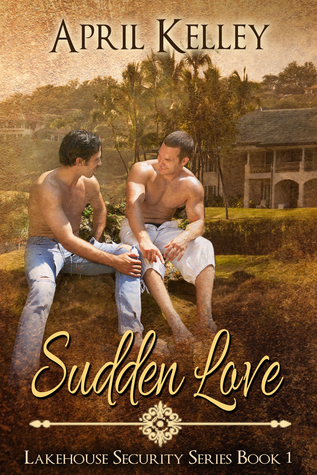 Xander gets called off bodyguard duty to investigate this religious cult that may be tied to some kidnappings of young men. He finds Aaron Keller, one of the missing young men. What he doesn’t expect is the instant attraction and longing for the man. Xander just wants to keep Aaron safe, even if that means backing off.

Xander vaguely heard Aaron eating. He felt Aaron’s slightest movements against his thighs and chest.
“Oh God, this is good. I haven’t had anything this good in a long time,” Aaron said. Xander heard him. He honestly did, but he was too tired to respond. “They didn’t let us eat like this even before they threw me in that cell. There are still people held captive. My friend Zach will find a way out I bet. He’s really smart. I bet you’d get along with him. Do you think you could—”
Aaron abruptly ending his chatter was enough to make Xander open his eyes. Aaron had the soup bowl in his hand and looked at him. “I was listening,” Xander whispered. He couldn’t help keep the huskiness from his voice.
“You’re exhausted,” Aaron said.
“I just got off a job when I was called on this one,” Xander said.
“Job?”
“I’m in security.”
“So someone hires you to…what?”
“Find a missing boy,” Xander said and smiled at him.
“I’m not a boy. I look younger than I am.”
“Yeah, I know. I was just teasing you.”
“So who hired you?”
“The local Chief of police in my town.” Xander saw the fear cross Aaron’s face. Wondering at it, he quickly added. “But I don’t work for him anymore.”
“Who, then?”
“You.”
“You’re not going to turn me over to him? Father Phillip pays some of the cops for things.” That explained the fear he saw. The fact that Aaron was cautious and didn’t even trust the cops to keep him safe was a good thing, even if it was a little sad.
“They touch you and I’ll kill them.” Xander meant every word of that too. He wouldn’t hesitate to use the gun that now lay on the bathroom sink.
Aaron lifted the soup up to his mouth and took a sip. When he was done, he passed it to Xander. He took it and held it up to his mouth. For just being a simple chicken noodle, it was really good. Xander passed it back to him and they shared it like that until it was gone.
Aaron set the empty carton on the table and got off his lap. “Will you lay with me?”
“Did you get enough to eat?” Xander said and stood up. Aaron took his hand, lacing their fingers together.
“I’m full.” Aaron sat down on the side of the bed. He let go of Xander’s hand, folding his in his lap as he looked at Xander expectantly, the towel parting as he spread his legs.
“What?” Xander couldn’t help but ask.
“Aren’t you going to get undressed?” Aaron asked. Xander’s eyebrows went up but he didn’t say anything. “You get to see me naked. Or near enough anyway. It’s only fair.”
Xander snorted and shook his head. He pulled his t-shirt over his head and let it drop to the floor. He moved around the bed until he was on the other side where he lay down, crossing his arms in front of his chest, and closed his eyes.
“Aren’t you going to take off your pants?”
“Lay down, Aaron.”
Aaron climbed under the covers and faced him. “Aren’t you cold?”
“Nope.”
“What if you get cold?”
“Go to sleep, Aaron.”
“I can’t if you’re going to continue to lie on top of the covers. It bothers me.”
Xander opened his eyes and looked at him.
“Please, Xander.”
Xander sighed and stood briefly, he pulled the blankets back and got back on the bed, pulling the blankets up around him.
“Thank you.” Aaron touched Xander’s chest, resting his hand there. Xander heard him sigh in contentment.
“Do you think the police will come after me?” Aaron said.
“No.”
“I lived in that place with those people. They put us down in that prison because we’re gay,” Aaron whispered.
“That won’t happen again,” He said, placing a hand over Aaron’s.
“But how can you know that?”
“Because I won’t let them touch you.”

For all of April’s book go here
To learn more about her, or to see what I have to say today on her blog click here
Posted by Bronwyn at 12:30 am
Email ThisBlogThis!Share to TwitterShare to FacebookShare to Pinterest
Labels: Aprils Interlude