Welcome, the 91st week is Sexy Today. Sexy today apparently had a different meaning 50 years ago then today, which I’ll go along with even if I don’t know, but I would say in media it was different, though Sexy is truly in the eye of the beholder, and has that changed?!

There’s a saying know, that 50 is the new 40 as we are living longer and middle age has to move up with the growing age of our older generation. People are living longer, simple. Today, is all about the Sexy, no matter what age, you are a sexy beast if you want to be, and let’s live in that, let’s show that.

Now, I’m taking mine from a man who lost the man he thought he’d spend the rest of his life with, only to find the one he was really meant to.

Eamon threw his keys into the bowl he put on the side table just inside his door as he toed off his shoes and watched Chris from the corner of his eye.


He was beautiful and that was in his work clothes, Eamon couldn’t wait to get him naked and see what he really had to work with. However, he was sure the sight was going to ruin him.


“Shoes off here,” he said, omitting calling him boy as he wanted. Eamon had seen the flash in Chris’ eyes when he’d been called that, along with the slap, but he was also aware of the shutter that had to be lifted before he would be able to see the boy the way he truly wanted him too. To be able to do what he truly craved. 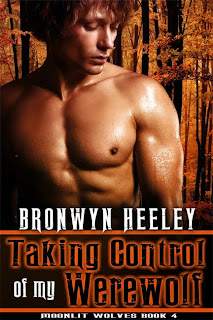 It had been so long since he’d bound someone, had the rope run through his fingers as he linked them together, pulled them tight, and made the man in them unable to move, unless Eamon wished it.


A shiver worked its way along Eamon’s back. His heart leaped happily behind his ribs as blood pumped into his cock making it harder.


Image after image of all the things he’d ever want to do with Chris played in his mind. His cock leaked as one thought after another had him grabbing for the wall in order to keep himself standing.


He was such a beautiful boy, filled with so much baggage that Eamon knew getting him underneath for some bondage was going to be a struggle.

Taking Control of My Werewolf

Eamon has lost everything in his life. It’s not until his family forces him to go and close out his partner’s estate that he meets a group of men who change his life, and one in particular who opens his heart to love again.


Only there’s something not quite right here. Once Eamon realizes what it is, will he still be willing to stay?

I’m grateful for your click, and I sincerely hope you’ll come around next week.