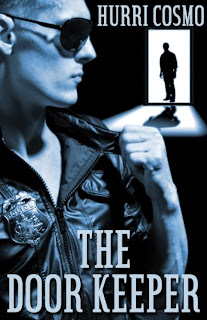 Although they've been labeled as a group of misfits, Minneapolis' 77th police precinct has plenty of talent.  The problem is, it's paranormal talent and no one's supposed to know about it.
Nick keeps his officers busy chasing after all the creepy crawly things that tend to go "bump" in the night, thus insuring the twin cities are safe and totally unaware that other realms even exist. Nick is the Door Keeper and his job as the precinct’s captain is to maintain order in what would otherwise be chaos.
When said chaos rears its ugly head in the form of a ferocious and brutal vampire, the last thing Nick needs is to deal with a new partner, even if that new partner is as sexy as Arrain.

How do you deal with writer’s block?
Writer’s block really sucks and I honestly don’t deal with it well. I have no tricks that work for me but at least I am beginning to recognize when I am heading toward it. I like to write in the mornings when the house is quiet and I actually have time. I would love to say that I am a full time writer but that’s still a dream. So I need to take advantage of time when I can get it. For me, that is around five in the morning. By eight I need to be dressed and out the door. After work is difficult because there is so much to do and distraction is at its all-time high. If I try to write during that time all I get is frustrated. Not good for me or my family. J

What’s the best thing about being a writer?
To create. I love it. I love going back over a book I am writing and tweaking it here and there, loving that it is moving along. I do like very much what I write. It makes it all that more difficult when I seek out what people are saying about my books. It is very hard to read reviews that tear my work apart. I honestly try to “learn” from them because that’s what you’re supposed to do. I do love the day of release, too. Not that much happens for me on those days, I just like knowing I have a new book out there and that people might be interested in it enough to buy it and read it. Then, of COURSE, I love it when I hear back from those that loved my work. Other than creating something, that is my ultimate high.

What’s your advice for aspiring writers?
Like absolutely everyone, do it. Just sit down and start typing. Don’t think about all it takes to get published. Honestly, it’s not that hard these days. Don’t think about promotion or titles or book blurbs. Just write.

What are you currently working on?
Right now, another PAX through Amber Allure Publishing called “A Place to Belong”. It takes place in Texas which is the only real parameter for this PAX. It’s about a man who moves to Texas to get away from his bigoted family. He is an RN who takes a private job taking care of an older, very wealthy woman. He meets the beloved grandson and over a three year period he falls in love with him. I did have another one going called “Riven Creek Ranch” Also for this PAX but it didn’t stay within the 40,000 word limit. So that one will have to come out under a separate cover. That one is about a man, Trace, who also comes to Texas to escape life for a while. He is rather a klutz and after a series of events he finds himself homeless. So he comes to Texas to help out on his Aunt’s horse ranch where he meets her ranch manager. They don’t like each other at first. Especially the manager since Trace is truly a klutz.

How do you get inspired to write?
All kinds of things inspire me. Reading especially. I don’t watch much TV but a show or a movie can inspire a story line as well. Sometimes real life can. I am using a “real life” situation in “A Place to Belong” and another up and coming book titled “Come Back”, a story about a man who has a very handicapped brother and has to take care of him, who watches him being made fun of by cruel people, I am also using a “real life” relationship. So, the list is vast. As it probably is with all writers.

Where did you get the idea for your most recent book?
Like I said, “A Place to Belong” comes from an experience I am living right now. I actually had the story outlined some time ago and when I realized Riven Creek was going to go way over the limit I had to scramble to pick something shorter. So this was the one. I am glad, too, because I think it’s going to be a good one! 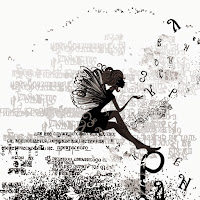 You can find Hurri here

Other books by Hurri Cosmo:

Amber Allure:
How West Was Won
The Superior Jewel
Ice Dragon Tales (contains the first two books in the series, The Servant Prince and The Servant King)
The One
Forgetting Yesterday
Saving Jack
Talasar’s Elixir (Book one in the Dragon for Hire series)
Amber Moon (Part of the Intoxicating Fantasies series)
Chase and Capture
Baby, Think it Over

Secret Cravings:
The Astral Mage (Book one of The Captains of the Wolf)
Ladders

Fireborn Publishing
Until You

Upcoming:
I Believe Now (Until You, #2) – Available June 26th
Riven Creek Ranch
A Place to Belong
Posted by Bronwyn at 1:00 am
Email ThisBlogThis!Share to TwitterShare to FacebookShare to Pinterest
Labels: giveaway, Plugging this Shit