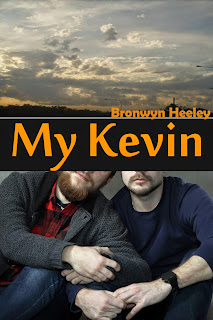 He’d been hurt. He wasn’t sure if it was physically or mentally, but he’d been in Kindy. He’d been sitting on the silver seats, and he’d been crying.
Those where the points his mind wouldn’t let go of. He’d been hurt. It hadn’t been because people were cooing and ahhing at them, wanting to see the cuteness of two small boys kissing. A calendar marker or something. He’d simply been hurt.
Kevin squatted down in front of him, cupped his chin to make Jimmy look at him. He asked what had happened, and Jimmy would have answered. He wasn’t sure what, but each time the memory came round, he was sure words had actually happened between them. Filling in a moment he’d started to forget.
He remembered the serious look on Kevin’s face as they had spoken, the gentle hands as he fixed what was broken, and then a simple brush of lips against lips.
Kevin never remembered this as a kiss exactly. It’s not as if he’s forgotten that it happened or he just flat out refused its existence, more that it wasn’t anything different, or unusual for him, so it floated away as part of the past.
Kevin’s family touched, kissed, hugged, and praised, which was so completely different from what happened in his house that he was always shockingly surprised when their affection focused on him.
To Jimmy, it had been a beautiful shock. Even in its simplicity.

Note: Right now, I’m host a month long birthday party with lovely prizes up for offer if your interested in joining click here
Posted by Bronwyn at 9:48 pm
Email ThisBlogThis!Share to TwitterShare to FacebookShare to Pinterest
Labels: Information Desk