Week 96 is all about A Good Ole Sexy Time

The beast blinked his eyes at Craig and his mind told him to run. He was in trouble. He needed help. He needed to pull the trigger and end the animal’s life. 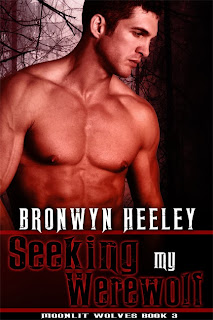 Those eyes were magnificent.
Oh, God, mate, kill it. Kill it right now!
Eyes of a deep dark colour that Craig couldn’t see, but had a feeling were blue, stared up at him as if it were seeing something—someone—other than Craig. The shock and sadness had him flinching on the inside as he looked down, wanting nothing more than to be that person this beast saw.
Kill it! Now! Before it fucks up your thinking all together.
Its fur was dark, puffing up around his face, leaving only its eyes still looking human, which was the only place Craig seemed able to focus on. Eyes that wouldn’t let him go.
The hard body under his thighs seemed to be carbon made for the position. Craig holstered his weapon—Stupid arse, you need to fucking shoot it—and leant forward, letting their stomachs and chests rub while he, admittedly slowly, took his dagger from his boot. It was comfortable, it was snug, and it smelt like something Craig couldn’t, for the life of him, figure out, but he didn’t want to give it up.

Two A months after the kidnapping of his best friend’s mate, Phil can’t stop thinking about the Hunter that set him Phil free. He can’t get the smell out of his nose, and it’s driving him nuts.
Craig’s only ever known one thing: hunting werewolves. He was born into it, raised to do nothing but kill the beasts—so why the hell did he set one free? Worse, why can’t he stop thinking about it?
When Phil and Craig meet up again, they start events that will slowly entangle all of them in the war that’s about to unfold—as long as they manage to survive the first wave