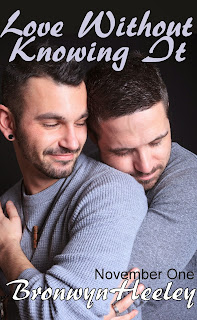 “Fuck, Paul, just do it. Okay!” Matt screamed over his shoulder.
Paul chuckled as he ran a hand up the other man’s back.
Matt was deliciously naked. Glorious and on all fours, begging for a fucking that would have him pass out. Paul knew this. Hell, he relied on it. Some of the hottest sex and most fun he’d ever come across happened with this man, on this bed, and all without strings. Nothing tying him down, suffocating him.
It wasn’t that he was shit scared of relationships, it was just that he had been in one when he was younger, and it had put him off the idea of ever being a part of one again.
Then along came Matt. This cute little man, who stuttered and blushed as he looked up at Paul, and came apart when on the brink. But best of all, who didn’t want anything more than the casual affair they’d been participating in for months.
“Patience,” Paul murmured as he scrapped his nails lightly down Matt’s vertebrae. He watched the skin prickle in their wake.
“Fuck patience! Just slick up and fuck me!” Matt’s words sounded like a threat, even as his body opened up under Paul’s touch.