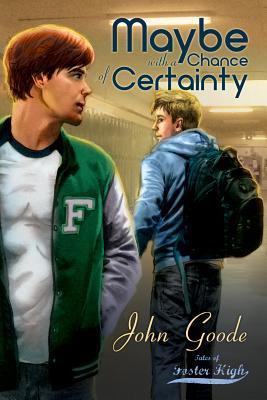 Kyle has worked hard at being the invisible student, toiling through high school in the middle of Nowhere, Texas. Brad is the baseball star at Foster High. Both boys are damaged in ways that the rest of the world can’t see. When they bond over a night of history tutoring, Kyle thinks that maybe his life has taken a turn for the not-so-lonely.

He finds out quickly that the promise of fairy-tale love is a lie when you’re gay and falling for one of the most popular boys in school, and if being different is a sin in high school, then being gay is the biggest sin of all. Now Kyle and Brad need to come to an understanding amidst the scrutiny of their peers or their fledgling relationship will crash and burn before it ever gets off the ground.

This is the 2nd Edition. 1st Edition was published as a short story under the same title by Dreamspinner Press.

End of the Beginning, Raise Your Glass, To Wish for Impossible Things, End of the Innocence, Dear God, Taking Chances, 151 Days, A Way Back to Then, Save Yourself, When I Grow Up


Posted by Bronwyn at 12:30 am
Email ThisBlogThis!Share to TwitterShare to FacebookShare to Pinterest
Labels: From the Backlist