...Gideon, keeper of the demon lies, fights to uncover the truth....

Synopsis
Forced to his knees in agony whenever he speaks the truth, Gideon can recognize any lie – until he captures Scarlet, a demon-possessed immortal who claims to be his long-lost wife. He doesn’t remember the beautiful female, much less wedding – or bedding – her. But he wants to...almost as much as he wants her.
But Scarlet is keeper of Nightmares, too dangerous to roam free. A future with her might mean ultimate ruin. Especially as Gideon’s enemies draw closer – and the truth threatens to destroy all he’s come to love...

Thoughts
This book was frigin’ amazing, the lies that wrap in a truth that’s so heartbreaking it makes you understand and sympathies in the woman. I loved it, like best so far!
Scarlet, keeper of Nightmares and her belief that her and Gideon where married, and that he left her dry on day. Now reunited she’s trying as hard as she can to resist the spark that’s between them, while Gideon just wants to learn the truth, but things are hardly what they seem and the events in this book show a deep hatred that comes from nothing more than jealousy and too much time in jail. Though in the end they are together and the one that stuffed with her the most is dead.
Also you get to see a better side in Cronus, and more on Rhea. Also a few of them go into hell, where Amun becomes more of a demon then he already is, and Strider has captured the one that killed one of his brothers, and Paris is off one matters of his own. 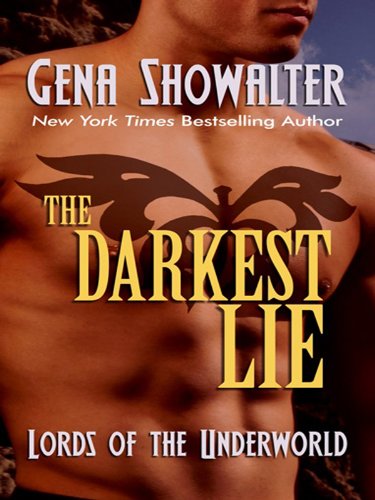 This read
I really like this book, shit I like it, really, I forgot how much great it was.
Really, it’s all I can think to say, that hasn’t already been said.
It’s one of those books that makes you laugh just because of the characters in it. They are both lively, hot-headed and stubborn with a points of vulnerability that makes you rote hard for them both, wanting them to realise there perfect together but you love the way it’s set and what they have to do.
The chase, really.
It’s great, funny, especially since its lies, and the quick love twist at the end involving there demons...priceless.
You laugh, you cringe, and nearly has you bouncing on the couch wanting to know what’s about to happen.