Fire is more than attractive, Fire is mesmerising. 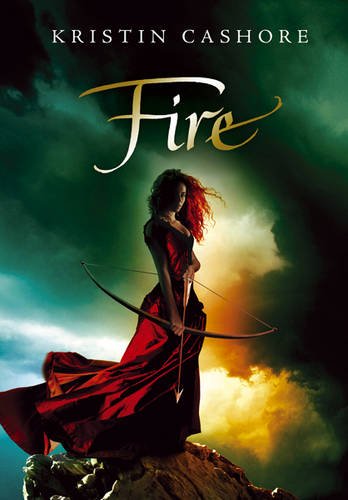 Synopsis
Fire’s exceptional beauty gives her influence and power. People who are susceptible to it will do anything for her attention, and for her affection. If she wished, they would abuse their power, crush nations and even destroy their own kingdom to please her.
But beauty is only skin deep, and beneath it Fire has a human appreciation of right and wrong. Aware of her ability to influence others, and afraid of it, she lives in a corner of the world away from people – not only to protect them but also to protect herself from their attention, their distrust, and even their hatred.
Yet Fire is not the only danger to the Dells. If she wants to protect her home, if she wants a chance to undo the wrongs of the past, she must face her fears, her abilities, and a royal court full of powerful people with reason to distrust her.
Beauty is a weapon – and fire is going to use it.
With a cast of astonishing characters, a dangerous world and a captivating, elegantly written story, Fire is a powerful tale of intrigue, death-defying adventure, monsters and unexpected love.

Thoughts
to me this one wasn’t as good as the first, though it was written in a time before the first book, it’s about Fire, though there is a part about Leck, and he does have a huge role in why she ends up in King City as well with something that happens near the end, but it’s not really about him, more he happens to be a part in the book.
Fire’s a human monster when the world is full of monsters of every kind and being a monster gives her powers that her father had used against others but she would never. And yes, this actually matters. The prince has to take her to Kings City and mostly this book is about them falling in love, though you think it’s only on her part until he actually mentions it, like it wasn’t a huge surprise, but still a little shocking.
So it’s a great book, really great, like if you liked the first then this one should be read, though like I said, you could actually read this one first and it not... nah, you should read them the way they were written. I suppose.
It’s also a lot more about the love between the major characters then the last one, but being that the whole things about a war and you know how they are. But on the note, this is more a love story then it is anything else.
I really did like this book, and recommended it. It’s a great trilogy and Cashore does a great job in writing these books and creating this world.

Series
Graceling, [tb], Bitterblue
☼☼☼
Posted by Bronwyn at 10:34 am
Email ThisBlogThis!Share to TwitterShare to FacebookShare to Pinterest
Labels: Review