REVIEW, Dance with the Devil

One step into the Dark-Hunter® world and you’ll never turn back.... Synopsis
Zarek in the most dangerous of all the Dark-Hunters. He endured a lifetime as a Roman slave and centuries as a Dark-Hunter in exile. Zarek trusts no one. Because of his steadfast refusal to follow any orders, he is kept in isolation in Alaska where his activity is seriously limited and closely monitored. There are many who fear he will one day unleash his powers against humans as well as vampires, and that nine hundred years of exile have made him too vicious to be redeemed.
The gods want Zarek dead but reluctantly agree to allow justice goddess Astrid to judge him first. Astrid has never judged a man innocent, yet there is something about Zarek that tugs at her heart. He views even the smallest act of kindness with shock and suspicion. But while Astrid struggles to maintain her impartiality in the face of her growing attraction to Zarek, and executioner has already been dispatched...


Thoughts
So... this is a back posting for the fact that I was sick when I was meant to re-read the book. And I was all set for it to be posted alongside the next in the series, next Wednesday, but I just couldn’t not read it. Ever since it came to me, this great idea to re-read all the books on my shelf and post them I have been craving to read this book again. it isn’t for the fact that I don’t already know it off by heart, I do, since this is the book that made me fall so deeply in love with the series that I haven’t been able to turn back.
So with sickness at heart and the fact that I couldn’t really do anything else I picked it up, along with the tissues, though they were already there, (seriously I think this books cry helped me clear some of the gunk out of my head) and I devoured the book like I have ever time I picked it up, and like every time I cried my eyes out.
You just can’t help yourself, Zarek, behind what he shows the world is a boy who needed love. and when you find out why you can’t help but pity him, and even more so sympathise and understand why he’s the way he is, and does what he does. You also really get to see what happened and the whys in that from the last book in the series, when Zerek saves Sunshine.

It’s full of torment and a life that really should have been treasured rather than thrown away along with a brother who you see both the way that brother acted as well as the why in how Zerek took the attention he didn’t want. It was hard to chose which one to feel sorrier for, but I suppose its Zerek’s story so he should get all your attention, and man dose he.

This doesn’t even begin to tell you about Astrid. She’s the woman that brings us the tales, mostly they are all seen threw her eyes as she witnesses his dreams from his past. you get as chocked up and she does and I think because of this view point your able to see things the way they really played out rather then what he thinks is going on. But that’s cool; it’s better that way and leads up nicely to that brother’s story.
Anyway, were not talking about that now.
Astrid is sent in to see if Zerek really needs to be killed, due to Archon’s asking her to, because she’s over the whole judging thing she’s lived with her whole life. She meets Zerek as a blind woman helping him out and quickly learns there is more to Zerek than anyone knows, she also finds herself pulled to him and wanting to help him win and live. But it’s tricky because she isn’t suppose to care this much. Due to past lies and men she’s learnt the head way what happens when she thinks believes a liar.

Anyway, there story is really mostly shifting back and further between Zerek’s past and then Astrid trying to make him feel better and see love in his dreams. This is shattered when the plot to the book comes in and everything changes. 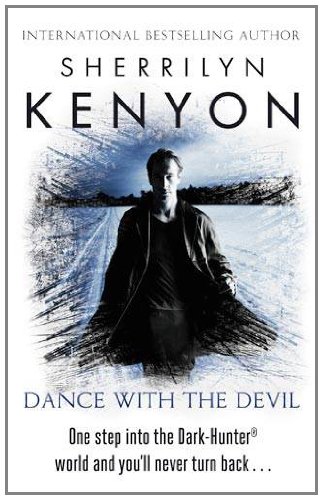 And if I talk anymore I’m going to ruin the whole book, I’m not sure if I haven’t already, sorry, but it’s something you should pick up and read, really, it made me cry and when the tears went away and I turned a page I ended up crying some more. Hell I cried near the end, for different reasons, but still tears.
It’s an emotionally wrapped book about tormenting a child who doesn’t really understand why and yet hasn’t really lived anything else so has accepted that roll, which in itself is sad.

I will say this, the love between the characters is a little patchy, jumping the gun a little when I wasn’t really sure why, but the meat of the book, the context was so riveting you tended not to care so much because all you wanted to do was climb between the pages and hold him tight, while telling him that the world sucked and you weren’t going to let anything happen to him.
It’s a great story that has to be read from first page to past every time and still to this day it’s my favourite among the series.
Really, if you aren’t quite interesting the full 21 book series, then just read this book, it’s beautiful and worth the energy.