Being That For You #4

First up: have you read this miniseries before, if not catch the first 3 here
Part 1 Valentines Day
Part 2: Christmas in July
Part 3: Halloween 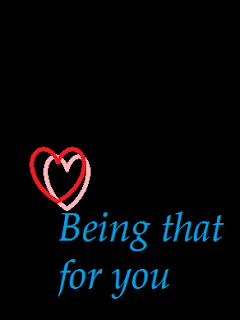 NOTES ON THIS STORY
So, this is the end for Jake and Mike. I’m feeling a little nostalgic about it all, like they’ve been a part of my life for more than this year. But then, in my mind, they have.
I hope you enjoy the end of this miniseries, I’m hoping to flush them out, fix them up, edit them, and have it available as a free ebook in the coming year—but we’ll have to see how things go (though it will be happening, I’m just not sure how fast)

This is a sad story, short and to point. Its me grieving slightly for my mother sickness, for my grandfather’s passing, and my grandmothers illness.
But mostly, it’s allowing me to get rid of the images and the thoughts of a man that lay in the bed opposite me in hospital. A man dying of, what we think was cancer.
His gasping breaths of those two days we shared a room, still linger in my mind.


But truly I am sorry for this story has to come, they need peace in the end, and I have nothing else to give you for Christmas but this.

Being that for You


The End
Happy Holidays Everyone J
Posted by Bronwyn at 12:04 am
Email ThisBlogThis!Share to TwitterShare to FacebookShare to Pinterest
Labels: Adults Corner