Book 2 in my Moonlit Wolves series is set to release on the 15th of Feb (Sat) and I’m so excited I think I’ll go and throw up now. While I do that here’s an excerpt for you to enjoy 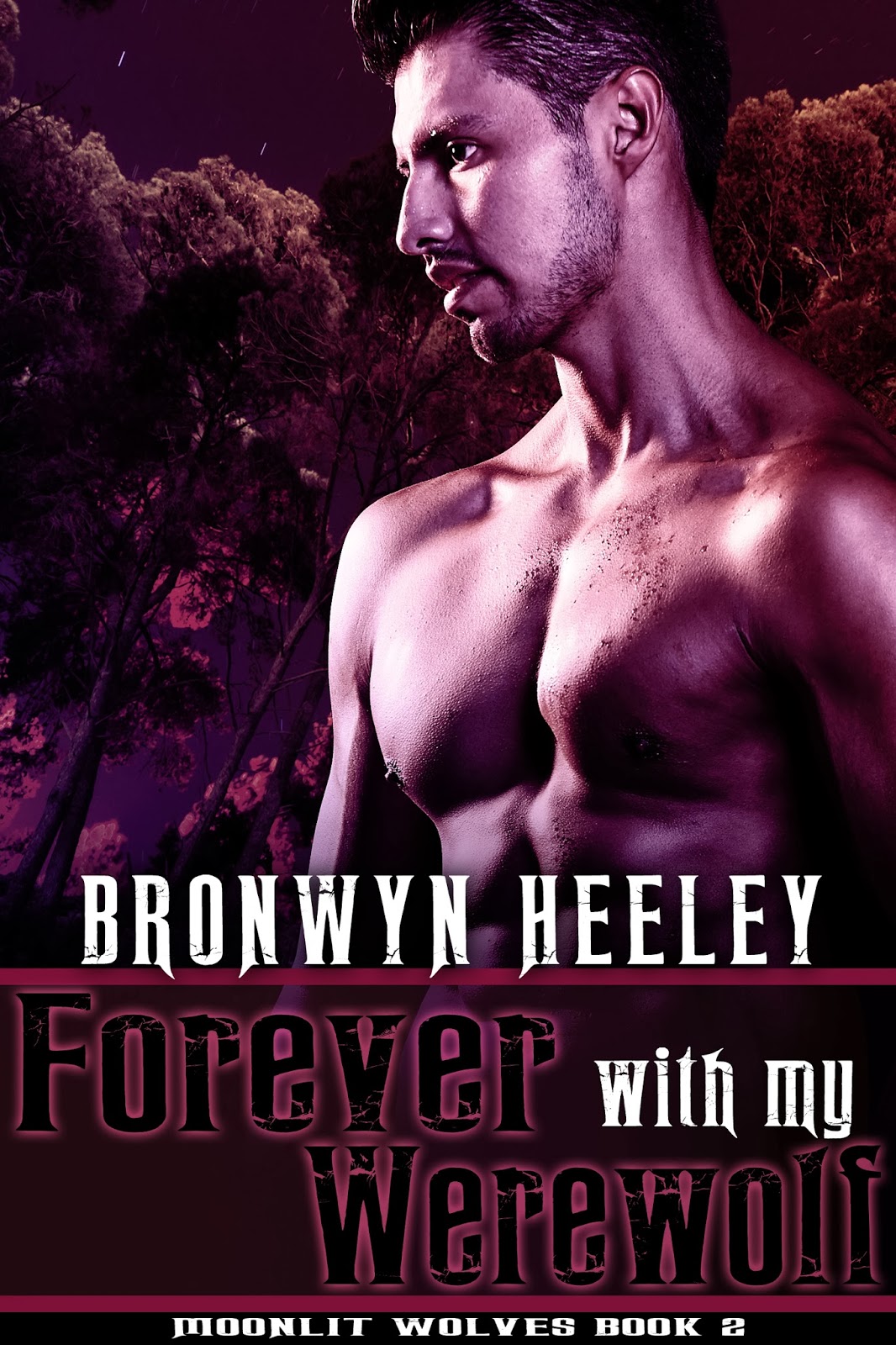 Love is never simple especially when you find out your lover is a werewolf.
Running away from his lover after he changed into a werewolf, Tim ended up kidnapped by a group of Hunters. Now it’s up to Colin to bring him back, and make it all up to him. But will Tim be able to forgive him when Colin finally gets him back into his arms?


Colin screamed. He couldn’t help it, though in wolf form, it turned into a howl that seemed to rip apart the night.
His mate.
His mate was taken.
His sides hurt so much he could hardly breathe.
He needed to find his mate. It was only the first night as a wolf. This one had him weaker than tomorrow night would. Then, the night afterward, he’d be in this state again.
He was weak.
His mate was missing.
He took a step, another, and another, getting himself on the road, looking at the direction the van had gone.
His mate had gone.
He needed to follow. Needed to get him, bring him home.
He started to run, but it was slow. His side burned as pain laced through his body. His legs felt like jelly, but he had to go, had to get to his mate.
He—he…had to…
The road became the only thing he could see. His body hurt—he couldn’t get it to move. He needed to move. To get his mate. To bring him home where he should be.
A howl went through the night, drenched in fear and hurt. Loneliness and grief. The sound of it alone would bring a tear to anyone’s eye.
More howls joined in, some close—werewolves. Others far away—dogs.

Tim’s head pounded for a second as he started to wake up. Mind spinning. Stomach threatening. Moments before, he’d heard a male’s mumbled words and the sharp pain and he went back into the darkness, but this time it was different. This time, he landed in the light.


Tim’s heart beat soundly in his chest as he got closer to the road. To the letterbox. His destination. This had been the norm for him, ever since he moved into this house with his mother and her new husband as they started the next stage of their lives. He wasn’t complaining that much about the man she married. He actually liked Doug, though he and his Mum had dated for so long that Tim had asked his mother why they hadn’t just upped and married.
So, they did, and then decided to move them to this out-and-out town southwest of where he’d been born and raised.
It didn’t matter—wasn’t like he had a ton of friends that he missed. Hell, his coming out had cut even those down to five. But really, Oberon, where the fuck was that?
The place was something just shy of farmland. The other half—majority—was Pine Farms. Lots and lots of pine trees, a gateway to the town.
Yep, that was definitely him! Tim nearly split his checks open with the smile he couldn’t stop. It had been a week of these walks to the mailbox around this time a day…the same time of day he’d seen the guy the first time, and seemed intently to fall in love with him.
But he wasn’t a pussy, and guys just didn’t do that. So, he fell into a deep infatuation with the man that made him take these walks and hope like hell he’d see him. And when he didn’t, he’d have to talk himself up out of the heart-crushing disappointment that went through him.
Tim slowed down his steps so that he would make it to the letterbox around the time the guy would be passing it. He tried his best to squint into the distance so that he could watch him get closer…watch as his body slowly became bigger, becoming clearer.
He was wearing dark shorts that hung off his hips and clung to his thighs with every stride. The guy had defined calves, but that was a memory of last time. Not this one, though Tim knew nothing had changed, with a covering of blond tipped hair.
Today, he was wearing a white wife beater that had seen better days. It was stretched, hanging off him. Hips showing no matter what he did. But it was hot. Tim couldn’t imagine running at all.
The closer he got to Tim, the more Tim’s mouth watered. On a swing, his chest came into view. A light shattering of hair covered his chest, his nipple still clear. Still there, waiting for Tim’s tongue to flick over it.
Tim was at the letterbox now, only the wrong side, but he was still in motion when he realised this and was unable to change course.
Tim’s ankle twisted in a hole in the ground. Pain burned up his calf. Falling forward, he tried to grab onto something, only to find wire. The fence. It wasn’t a good thing. And to prove his point, it bowed down under his weight and with his forward motion tipped him forward.
He went full shit mode, doing something that only happened in movies where they were trying to get a laugh. But no, he’d done it himself. He flipped over the edge, though it wasn’t graceful, more arms and legs tumbling and landing hard on the other side in more thick grass.
At least there wasn’t any wood here.
He had less than a second before he heard a laugh. Tim’s face heated with embarrassment as he realised that the guy he’d come to perv on had just seen him go arse over tit and was now laughing at him. Great first impression he was giving off.
seen him go arse over tit and was now laughing at him. Great first impression he was giving off.


Stay tune for the final excerpt on Sat—Release Day
Posted by Bronwyn at 12:30 am
Email ThisBlogThis!Share to TwitterShare to FacebookShare to Pinterest
Labels: Excerpts