Chris has a new book coming out today, on the calendar, and so I’ve opened my blog up to plugging that a bit. Maybe something you’d like to gift yourself for Christmas 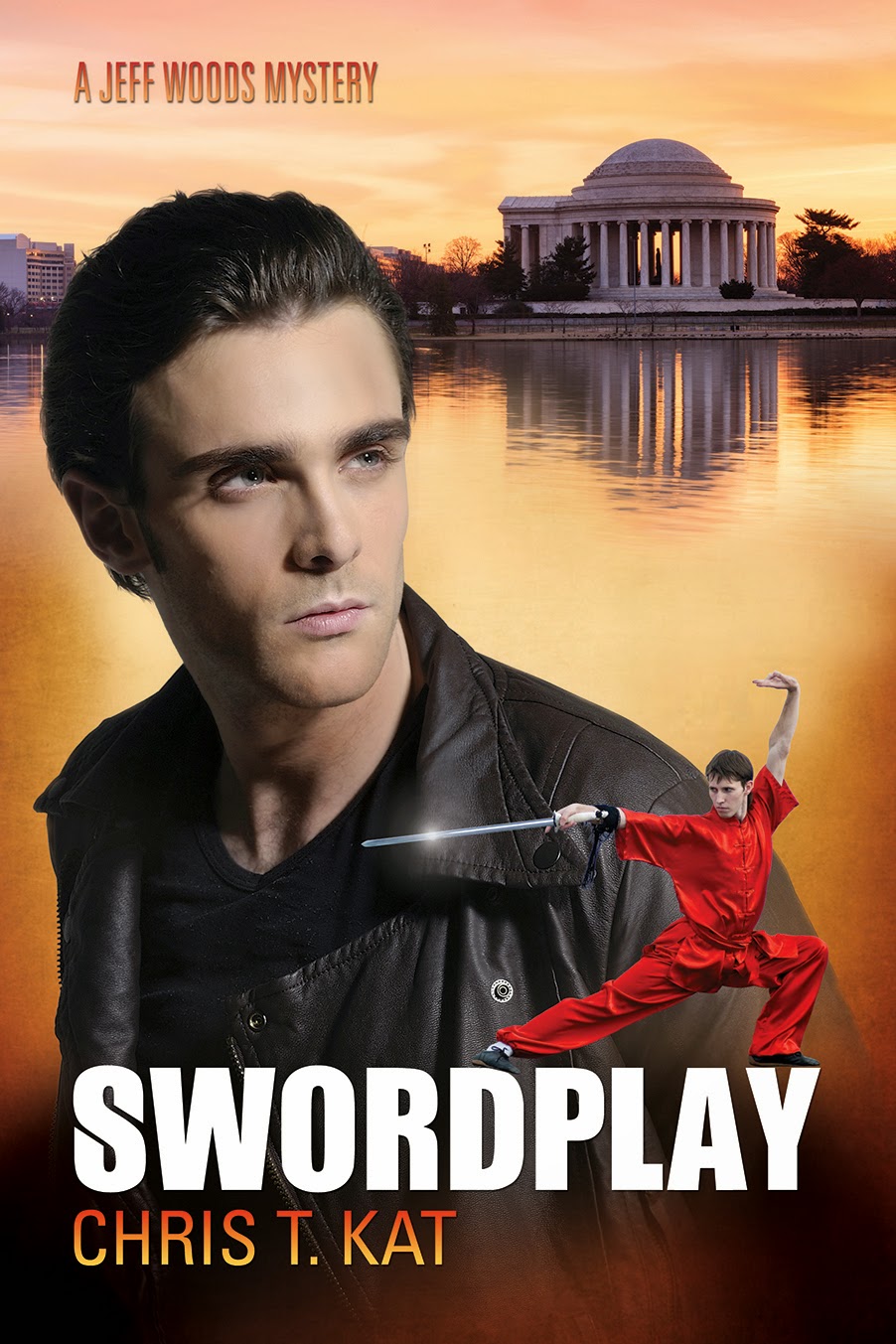 After leaving his dream job as an Atlantic City detective, Jeff Woods has moved to Washington DC with his life partner Alex Fisher and Alex's disabled little brother Sean. Parker Trenkins, Jeff’s ex-partner on the force, has made the move as well, along with his significant other David. Jeff and Parker partner up once again, but in a new way, as owners of their own detective agency.
Life is difficult at the best of times. Sean loses sight in one of his eyes, a direct result of being pushed into the Atlantic by a homicidal maniac a year ago. In his struggle to deal with everything, a restless Alex enrolls in Tai Chi classes at a nearby school.
As it happens, a murder case Jeff and Parker take involves the head of that very Tai Chi School, Charles Cooper. Cooper is a suspect in the murder of a financial corporation official. He appears to have motive. Jeff and Parker's investigation arouses the real killer’s interest, and if they don't uncover his identity soon, it may be too late for them.


Excerpt from Chapter One:


“Earth to Jeff. Someone in there?” Parker was standing next to me, waving his hand in front of my face.
“Fuck off, Parker.”
“Wow. Remind me not to talk to you before you’ve had decent caffeine input. Now, come on, why are you so tired? I’m your new shrink, remember?” Parker blinked his blue eyes at me in mock-offense, flipping a lock of black hair back.
I snorted. Coffee aroma filled the air, and the water bubbled enticingly. After rubbing my hands over my eyes, I leaned back in the chair and looked up at him. The man drove me crazy on a daily basis, but he was my best friend—right after Alex, my lover, of course.
“Oh boy, this is going to be a long story, isn’t it? Hang on, I need to sit down.” With a theatrical flourish, he heeled a chair closer and fell onto it with gleeful expectation written all over his face.
“Sean’s going to lose sight in his left eye.”
Parker’s mouth dropped open, and for a long time neither of us said anything. I stared at him, wondering whether I should’ve cushioned my words a bit. His jaw muscles tightened, and he worked hard to get words out of his mouth. I’d probably worn a similar expression yesterday when Alex broke the news to me after the visit with the eye specialist. Sean was only seven years old—only seven. Didn’t he’d already suffer enough with his cerebral palsy?
“You can’t just drop a bomb like that without giving me fair warning,” Parker protested.
I shrugged. “Sorry.”
“Are you sure?”
I gave a curt nod. My eyes stung stupidly. Alex had tried so hard to keep it together, but in the end he’d wept for hours, cuddled up against me. He’d cried endlessly for his little brother and what he had to go through. I’d feared he’d make himself sick—which he had, but only once—and when he’d finally fallen asleep, I’d lain awake in our bed, helpless and hurting.
“What about another opinion? Maybe—”
“Parker, that was the third opinion. We noticed he was getting clumsier and he was losing focus on his left side. His sight in that eye has gone down to ten percent, and it won’t take long for the rest to vanish too. We’ll cope.”
Whether I wanted to reassure myself or Parker didn’t really matter, did it? At least I’d had enough presence of mind not to throw that platitude around when I talked to Alex. He never bought into any of them. Parker, however, did from time to time.
“Does Sean know?”
Pain closed like a vise around my throat, and I coughed in a deliberate attempt to get rid of it. “Yes. We explained it to him.”
“How did he react?”
I grimaced. “He was worried about his other eye, but the doc said it was okay. Sean’s main concerns were if he was still allowed to go to school and if we’d still love him.”
I bolted from the chair, choking on my last words, and stalked over to the coffeemaker. I poured milk into Parker’s mug, added two spoonfuls of sugar, then attempted to grab the glass carafe. My hands shook.
Parker materialized next to me, nudged me aside, and filled our mugs. I was still blinking against the wetness in my eyes. Maybe it was a good thing I’d had no time for breakfast earlier. I wasn’t sure if it would’ve stayed down anyway. Alex hadn’t even tried to eat this morning. He’d been white as a sheet when I left. I hadn’t wanted to come to work, but the money had to come in from somewhere and—


Chris T. Kat lives in the middle of Europe, where she shares a house with her husband of many years and their two children. She stumbled upon the M/M genre by luck and was swiftly drawn into it. She divides her time between work, her family—which includes chasing after escaping horses and lugging around huge instruments such as a harp—and writing. She enjoys a variety of genres, such as mystery/suspense, paranormal, and romance. If there's any spare time, she happily reads for hours, listens to audiobooks or does cross stitch.

a Rafflecopter giveaway
Posted by Bronwyn at 12:30 am
Email ThisBlogThis!Share to TwitterShare to FacebookShare to Pinterest
Labels: giveaway, Plugging this Shit