Confession, I had no idea who this person was until I got an email and an offer to add a gift. Which is awesome, and more than I could ever hope, so we are going to be see this one together.


And then I look her up and realise I own the book :(


Unicorn Rescue is a standalone Fantasy romance, and interesting looking enough for me to buy it, though I think it was the unicorns that had me there. but like most things on my TBR pile, I forgot it was even there, so sad.


But here’s a chance for us all to have another look, yay!!


“So be it.” Selina, Eden’s Queen, rose from her dark green velvet cushion in the corner of her private chamber. She held out her hands to Samuel. “Bring our unicorns back and close the gate, Samuel.”
Samuel clasped Selina’s small hands in his. “I wish I knew what to expect. I’m not keen on going to another world.” He sighed. “But, of course, I will, since the unicorns were led away through one of the gates I guard.”
Selina’s delicate red eyebrows furrowed. She didn’t quite manage to perform a scowl, but it was close. Despite the earnestness of the situation, Samuel had a hard time suppressing a smile. Selina could do almost everything, but scowling? No.
She said, “You’re a skilled gatekeeper. It could’ve happened to anyone.”
“Just my luck that it happened to me.”
“Destiny wouldn’t choose you to step into the world known as Earth if there wasn’t something of personal importance to you.”
Samuel barely suppressed a groan. Selina believed in destiny a great more deal than he did. She squeezed his hands, her lips quirking into a knowing smile. Heat rose in his cheeks.
“I didn’t mean to insult you,” he murmured.
Selina let go of his hands and tossed her long braid back over her shoulder. “But you don’t believe me, either. It’s all right. Come with me.”
Samuel trailed after her. They went through the wooden door which led from her chamber to her private library. The air smelled of old books and parchments combined with the scents of flowers. She guided him to a secluded alcove, where she beckoned him to take a seat on a small wooden stool that had seen better days.
Carefully, Samuel lowered himself onto the stool, wincing when it creaked under his weight. Selina sat opposite him and, with a dramatic flourish, removed a blue linen cloth that covered something on the table between them. Samuel’s eyes widened when he recognized the object.
The pulsating crystal ball drew his attention and caused his blood to rush in his veins. Selina considered him with a playful smirk. “It’s beautiful, isn’t it?”
Samuel tore his gaze away from the crystal ball with effort, even though the flickering lights and shadows in it called to him. He gave a curt nod. “Very. Why are you showing it to me?”
“I feel there’s a strong reason for you to visit Earth. Maybe we can catch a glimpse of what you can expect there. Give me your hands.”
Reluctantly, Samuel intertwined his hands with Selina’s. He’d seen Selina and, before her, her mother, command the crystal ball. A chill had always settled over the audience, as it was a battle of wills. The crystalline object would only submit to an absolute but kind authority. Those who had tried to steal the ball over the centuries had ended up dead, since they wanted to use it without having the power for it. Samuel shuddered at the thought of Selina losing the battle against the energy.
“Don’t worry,” Selina said, as if reading his mind.
“My dear Selina, I’m a gatekeeper. Worrying is part of the job description.”
Selina laughed, a light, tinkling sound that reminded him of a young girl, completely at ease with the world. Part of his concern slid away and he smiled at her. She closed her eyes, pressed their interlaced hands against the crystal ball and chanted the spell.
Sudden coldness gripped Samuel’s fingers and crawled up his arms until it reached his shoulders. A dreadful feeling accompanied his body’s sensation, then, as fast as it had started, the chilliness receded.
“Look into the ball,” Selina demanded. “What do you see?” 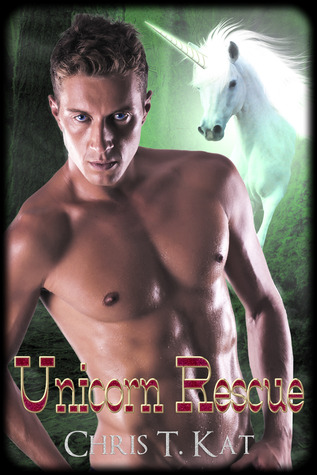 
A search for missing unicorns reveals a Fate that Samuel has only dreamed of before.


When they first meet, Jordan takes Samuel’s breath away—but not in a good way. Jordan knocks Samuel, a gatekeeper from a world called Eden, flat on his ass. In Jordan’s defense, Samuel did freak him out, appearing out of thin air the way he did. Luckily, the appearance of the unicorns re-empts a possible fight.


Relieved to have found Eden’s unicorns, Samuel is astonished that Jordan knows about them, despite the fact that their horns have been concealed by magic. Attempting to remove the halters that bind them, Samuel is rendered unconscious.


The question now is how to get the unicorns back to Eden, as well as solve the mystery of who has stolen them to begin with. But just maybe Samuel and Jordan need to deal with this attraction between them that seems to be growing by leaps and bounds. Are their feelings tied in with the mystery of the unicorns?


Extasy ǀ Goodreads
a Rafflecopter giveaway
Posted by Bronwyn at 12:30 am
Email ThisBlogThis!Share to TwitterShare to FacebookShare to Pinterest
Labels: giveaway, Plugging this Shit