Let’s see why you should bother.

I’m going to assume you’ve read the series, for without the others this book is worthless, most of which you’ll find you don’t understand. I have written this series for ordered reading only.


This book is the end of the first story arc in the series, there are still two more storied to end the whole thing, but this one is the climax to the end of the Hunters. It’s Adam’s story who ends up with a killer for a lover, but unlike Craig, he’s a hitman for Jex’s father.


This story brings him here because Jex’s dad wants him back, and it’s up to Adam to convince him he should stay, wonder if he’s able to?!


It also happen to start at the same time as book 6 and I mean it probably started months beforehand were Adam would look out into the distance and think he saw something, but the written part, the story starts as Daniel pokes his head out of the trees and sees a house full of people.


Justin first met Jex when the kid was six, small framed with eyes dark as night. He stood on the other side of a dead body, pooling blood around his feet.
The dead guy had been one of Jex’s bodyguards, and the kid had watched calmly while his father went into a rant about something long forgotten before he’d pulled the trigger.
Jex’s feet hadn’t been the only thing covered in blood, but like the gore around him, he’d stood still watching chaos encircling him. A death bringer in all its glory until he blinked at his father, turning his head slightly and in a voice so scarily soft, making a shiver work down Justin’s back, Jex had wondered if it was okay for him to clean up.
It hadn’t been the first time Jex had watched the death of one of his father’s men, and it wouldn’t be the last. To Justin, it was almost as if death and pain had been so ingrained in him, he didn’t know the difference. It had taken him a few years to realise the man was actually quite gentle with those he held close. For all he chose to do that for, they’d ask for nothing. Unfortunately, that spot had only one member, and Justin was looking at him.
Matthew Smith. At least he was one of the many men that stood in the light-flooded front yard of a huge property. Tucked away from prying eyes, the house itself sat on the top of a hill—a King looking down upon his kingdom.
Justin shook his head as the voices started up. A new car brought in all the clutter as two men stood off against each other. The fight was clearly a lover’s spat. The body language wasn’t hate but anger, and it vibrated around them with something Justin would call hurt.
He couldn’t make out what they were saying and, quite honestly, he didn’t care. Getting involved, wondering what it would be like to join them in those jokes and family feelings would only make him soft, and he couldn’t allow that.
Justin had watched the family a little longer than he’d ever done before. He tried to tell himself it was because he needed to find the weak link. He wanted the perfect moment to go in and take Jex, but he knew it was a lie, just as he knew he wasn’t meant to be watching one little twink who wasn’t his target.
Small, innocent, boy-next-door quality with big eyes and curly blond hair, the kid’s thin body was Justin’s perfect match, and he gathered he’d gone way too long between fucks because whenever the little man came into view, he’d not taken his eyes off him.
Tossing his binoculars onto the passenger seat, Justin let his head fall back against the headrest, closing his eyes with a huge sigh.
What the fuck was wrong with him?
Rubbing his face, he tried his hardest to rid his mind of the little guy. Ha! Talking tall, he was calling someone little when he’d made his career riding on the anger of being small.
Letting his hands drop, his eyes fluttered open slightly, scanning. He was always scanning. Ingrained in him as a kid, he constantly needed to know what was happening around him at all times.
Something moved just inside the tree line. Justin, ducking down a little more in his chair, he could still see through the holes in the steering wheel and yet knew who ever it was, wouldn’t see him.
Watching the shadow grow larger on the paved road, his eyes adjusted to the darkness. Whoever it was would show itself soon enough.
The hairs along his back stood up. His gut gave a kick as it always did when the mission was about to start. However, that normally started when he was lying down on the ground with his rifle in hand, and not sitting in the car still on stakeout.
The man came out of the trees, cautiously, though clearly wasn’t afraid someone would discover him. Still, by the way he stood there, maybe what he’d spied wasn’t what he wanted to be seeing because he clearly looked dejected.
Justin just sat there, staring at the man, who was looking intently at the house, and all Justin wanted to do was pull out his gun and shoot the fucker. He wasn’t sure why and for more reasons than not, he would never be able to shoot someone who looked as if his day had just turned a fuck-load worse by the sight of the front of a house. Yet, him being there had him on edge.
He thought that maybe it had more to do with the feelings bubbling around his heart, squeezing it up tightly. Something major, fucking life changing, was about to happen and there wasn’t anything he could do about it. 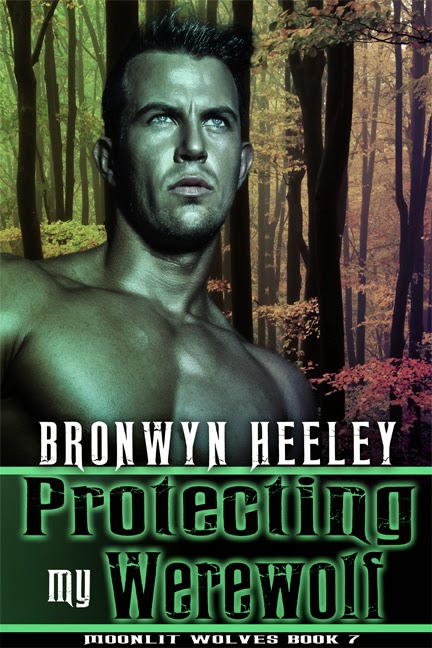 a Rafflecopter giveaway
Posted by Bronwyn at 12:30 am
Email ThisBlogThis!Share to TwitterShare to FacebookShare to Pinterest
Labels: Excerpts, giveaway