The Pickleville Series was introduced in February with Whispers of Home, where Jaron McAllister and Travis Heath’s story were told. Jaron comes back to the town he grew up in after his friend and mother to his child is murdered. Jaron’s sons name is Bobby. He reconnects with Travis and sparks fly. 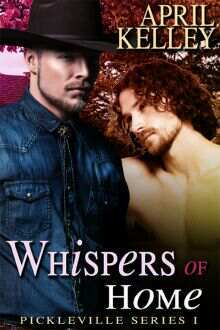 Earlier in March The Sum of Everything came out, telling Brian Stockwell and Greg Mitchell’s story came out. Brian is Jaron’s best friend since forever ago. After Jaron comes back, him and Brian hit it off, like the eight years of separation never took place. Greg is a teenager when we first meet him, but 4 years have gone by between book one and book two. By the time this book takes place Jaron’s son, Bobby, demands to be called by his middle name Carter.


April 15th, Book Three, Fixing What’s Bent, tells Kyler Huffington’s story and Andrew Martinez, who is the detective from book one. Kyler is Greg’s crazy best friend. He has a thing for Detective Martinez. Jaron and Andrew become fast friends and stay in touch with each other. Andrew needs a change so he takes the Chief of Police job in Pickleville.


May 15th, Book Four, A Tarnished Truth, tells the story of Brad Flynn and Kendrick Ashby. Brad bullies Jaron all, even physically assaulting him at one point. Brad has a lot of complex problems that come to light in this story. Kendrick owns TJs Bar and has a few problems of himself. In this story we’re introduced to Brad’s brothers, Luis and Caden. Of course they each get their own book.


June 15th Book five comes out, Getting Back To Good. This is Luis’ story. You’ll meet him for the first time in book three. He also works with Kyler at Hessing’s Garage and has a thing for his boss, Royce.


So in July I’ll have Owen Ashby and Neil’s story for you. Neil is a farm hand on the Heath’s farm. You met him in book two. He’s the one that helped Greg with his song. They end up singing together at Kendrick’s bar every Tuesday.  Owen is Kendrick’s brother. That’s really all I can say about him without giving way a little of the plot for Book Six. 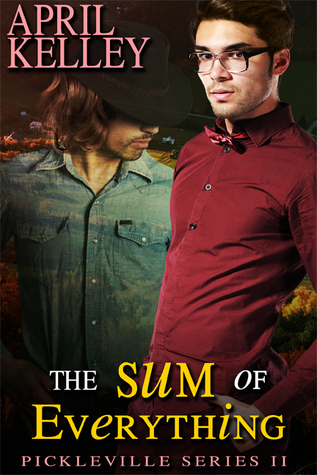 So in August Book Seven is Caden Flynn and Robyn Heath’s story. Robyn was sort of adopted by Jaron and Travis in book three. Even though he’s eighteen years old in that book he’s still very much a kid and needs guidance. Caden is Brad and Luis’ youngest brother. Between book six and book seven four years pass by. You’ll learn why the time stretch is necessary as you get further into the series.


Book Eight takes place 3 years after book Seven. It will come out in September and tell Jackson’s story. Jackson was introduced in book one. He’s best friends with Travis Heath. He was also in Book two as a minor secondary character. Since book two he has been neglected. He’ll come for a visit in book six though. Carter, Jaron’s son has had a crush on Jackson his entire childhood. This crush will come into play in this story even though Carter is 19 years old in this story.


Book Nine will be a Halloween story and will come out in October. This will be the last book in the series. And will tell Seth’s story. He was introduced in Book two as Carter’s best friend. They remain best friends even after all years have passed. His love interest will be someone who you’ll meet in book eight.


This will be the last book in the series. By the end of this series one of the couples will leave Pickleville for good. I’m thinking of doing a spin-off series based on where they end up. I’m also thinking about doing a small Christmas story. I’m just flirting with the idea at this point. Good things are coming for the Citizens of Pickleville nonetheless.


find out more about April, visit her blog
and for reference April and I are blog swopping every Friday so please check my post out over there
Posted by Bronwyn at 12:30 am
Email ThisBlogThis!Share to TwitterShare to FacebookShare to Pinterest
Labels: Aprils Interlude