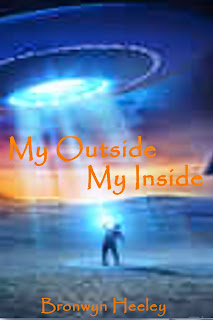 Book 1 had a big problem. I knew going into publishing that the story was Stockholm syndrome and so really it shouldn’t have surprised me when it go flagged. It did however because once that start I didn’t actually link it.

I should have yes, and it took another author to point out the mistakes. There was a lot of them in that book. I am grateful to her.

Taking it down I rewrite parts of, simple part and opened up a series.

If you wish to read an unedited version of the first book, click the here

I know, you already know this, but I need to start at the beginning so bear with me please.

Originally I labelled the series erotica. Because to me it as just about sex, but honestly can a book be erotica when it’s only got one sex scene?

Book two is going to be bigger, but on the other hand there is most likely going to be no sex. The story just…well it just doesn’t sit well for it to be included. I would have to write a lot more then I’ll even begin to plan. These stories are short, and though his one is def going to be over 6K as it’s 5K now I have no real plans of it being much over that. I’m going to get to a point of where the trust comes in and then stop.

People are going to hate me for this.

But hell, people will for the series itself anyway.

And just so we are clear it’s not going to be a theme even though all the men are going to be coming from the same place. This is just a character thing and…I’d say more but I really don’t want to be giving away the plot.

Secondly I have realised that my stories, though set in space are much more…contemporary in nature. I’m not using different names for things, a mate is a mate. I’m keeping the world building very simple, allow most things to be brought back to what we know.

I just can’t write sci-fi different. Hell, I don’t want to, especially not with this series, as I’m hoping most won’t make it past 6K and if they do they will def not make it over 10K. it’s not really the point to them

So they will now be labelled contemporary sci-fi romances and I will label my book that don’t have sex in them.

Most people who read romance. No that’s not fair. A few. Some? Read romance for the sex it’s what they want, and the fact that the first book has sex in it and the second wont will make some pissy people, so why not label it. Why not get that out of the way in the blurb. You want sex, well this book has none in that. At least that way if I ever get bad reviews bitching to me that there was no sex in it, then I can just raise a brow and move alone. Really it’s one thing to bitch when you’ve not read the full blurb. I get it. I generally don’t read the whole thing because authors have gotten into the habit of using there synopsis as a blurb and I don’t actually want to know the whole story before I read it. I read the first paragraph and if there’s a warning I read that.

On the review front it’s actually surprising or not so much that the book is only average 2.80. I won’t go in and read the reviews because I know what they are saying. The book is bad. Editing everything. I didn’t know until I had a person I trust read it for me but by then over 200 people had already downloaded it.

I still think that’s a pretty good average for the people who have read and reviewed it. I’m not sure if that’s everyone, it was (and will be again, maybe). I am thinking of going in and seeing if I can add to it, but then maybe not as I want them both with my editor by the end of the month so that they can come out in Jan. it’s not really a must but I like to give at least 3 months and I’m already behind schedule.
At most it’s only 16K and I think I’ll be able to get that through editing reasonably quickly. It will very much depend on how my editor is going and how the books are written. Taking A Stand was hard to edit mostly because it was written is a very unique way. The rest of what I write isn’t so bad.

Anyway. I think that’s enough rambling on this subject. That’s’ for sticking around. Oh and if you’re so inclined I’d love to hear your thought on no sex in your romances.
Posted by Bronwyn at 12:30 am
Email ThisBlogThis!Share to TwitterShare to FacebookShare to Pinterest
Labels: Yapping My Gums