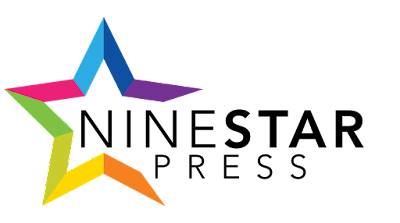 Fans of quality LGBTQA fiction have been anticipating the launch of brand-new publisher NineStar Press. Following the company’s “soft launch” in July, they’re ready to launch fully on November 23rd, 2015.

NineStar Press was created to meet the reading needs of people across the LGBTQA spectrum. The company was formed when founder Lisa Cox, who has years of experience both as an author and editor of LGBTQA fiction, noticed a gap in the market that wasn’t being filled. Though many publishing houses are focused on straight and male/male fiction and romance, Lisa saw that few were offering high-quality, professionally edited and formatted books outside of those markets.

Though NineStar Press will offer plenty gay fiction and romance, it is also committed to publishing books featuring lesbian, bisexual, trans*, queer, and asexual characters. It will release only the best, most engaging LGBTQA stories that you’ll want to read again and again.

What Can You Expect From NineStar Press?

Already, the publisher has a battery of books waiting to be pre-ordered by LGBTQA readers. The stories run the gamut of genres, lengths, and sexualities, from short male/male erotica to fantasy with a lesbian protagonist to contemporary romantic suspense. 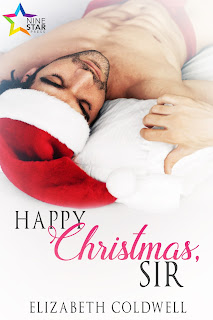 Fans of fantasy fiction will also find much to love about Brooke Radley’s Nightshade. It centers on a young mage named Eleanor, who has to infiltrate a thieves’ guild to find the source of a drug that’s ravaging her city. But once she’s reached the inner circle of the Nightshade Brotherhood, she’s drawn to a beautiful and elusive thief called Cassandra. Can she risk betraying Cassandra to do what needs to be done for the good of her city?

There are too many to list here, so check out www.ninestarpress.com to see what else is on offer.

No matter what your taste or interest is, NineStar Press has all the top-quality, well-written, hard-to-put-down LGBTQA fiction you could desire.

NineStar Press launches on November 23rd, 2015. If you’re a fan of LGBTQA fiction, go to www.ninestarpress.com to see the full catalogue today.

Finding the People and Stories That Matter Online
By Erica Mills, Executive Director of NineStar Press

Seven years ago, I took a chance on making a new friend. That split-second decision opened up a whole new world to me.

Back then, I was a college student finding my feet in my writing career. I wanted to write LGBTQA fiction. The problem was, I didn’t know anyone who wrote what I wrote. I was living in a small town in Ireland. While I have a great bunch of friends from that town, none of them identified anywhere on the LGBTQA spectrum, much less had the desire to write about it.

So I joined an online writing group. A couple of months after joining, I spotted a post from someone looking for a writing partner. Her name was Lisa Cox, I discovered, and she was living in Ireland, too. Importantly, she was writing the kind of fiction I wanted to write.

It’s crazy to think of it now, but I almost didn’t respond to the post. I wrote out a message, deleted it, and then wrote another. My finger hovered over the mouse for what felt like eons before I hit send. But I thought, “What’s the worst that can happen?” Turns out, a lot of good happened.

That friend turned out to be one of the most important people in my life. She’s a truly impressive person—an editing and LGBTQA fiction powerhouse. I watched in awe as she conquered the LGBTQA fiction market, both as an author and as an editor with some of the biggest e-publishing presses around.

So when she sent me a message saying she was thinking of starting her own publishing press for LGBTQA fiction, I didn’t hesitate. I told her she had to go for it—and I knew I had to get involved as an investor and a member of staff.

Lisa and I had had some long conversations in the past about trying to find good-quality LGBTQA fiction. We’re both voracious readers as well as authors and editors and though we’ve been able to find a lot of male/male romances, we had long lamented how few publishers were actively catering to the rest of the spectrum. With NineStar Press, we want to change that. We want to produce the best lesbian, bisexual, trans*, queer, and asexual fiction on the market.

For all of the debate about the pitfalls of the internet, my experience since meeting Lisa online has highlighted one of the greatest benefits of the ’net. Used properly, the internet is a place to come together, to find the kind of community and friends that can last a lifetime. It’s where you can go to disappear into a world of books and stories to suit your tastes and interests—not just what traditional publishers dictate you should be reading.

We want to open up that world and community even further for people like us. We’re doing that by sourcing and publishing stories from the best LGBTQA writers around the globe.

When you buy a book from NineStar Press, you can be guaranteed that it was put together by people like you: people who know the value of finding a place to be yourself, a place where you can explore your interests, and seeing yourself reflected back in what you read.

Finding that kind of resource online is invaluable. I speak from happy experience.

NineStar Press launches on the 23rd of November. See what’s in store for you from NineStar Press: go to www.ninestarpress.com now.
Posted by Bronwyn at 12:30 am
Email ThisBlogThis!Share to TwitterShare to FacebookShare to Pinterest
Labels: Plugging this Shit