I think I’ll do something a little bit different with this one because it’s a companion anthology to the series rather than a new book. And therefore rather than give you an excerpt I’ll tell you a little about the stories in it and where they are from.

I feel this book will be more for the fans of the series rather then bring new people in—tho don’t let me stop you, please. It works, promise. It’ll make you want to know where they’ve come from. 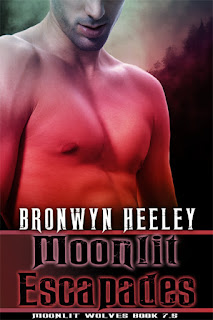 Most of these stories were meant to go into the back of the series as I’ve written this series more like a manga then a set series and therefore, if you’ve read manga’s before, know that a lot of them give little teasers or short with it. Okay, so most of them do like character profiles and such but I have made little short from scenes inside the main story, think I couldn’t or didn’t think it was appropriate to have the scene in the story.


However it was advised not to have them in the stories and I thought I’d just put them together for a Christmas special.

So story 1: The Lounge Scene (and yes this is who I’ve names them)

It from book 4, this scene when Eamon walks into the house after he wakes up and realised he needs to get Chris back-ish …

Straight into the lounge room. Lighter than he thought it would be in the morning light. Eamon got the ear full of grunts before his eyes locked onto two guys on one side of the room. Jex, the bottom, slightly shorter but thicker through the body than his tall lanky partner, Matt, was being pushed into the cushions of the lounge, his arms stretched back, held by the guy’s hands as he thrusted into the man. One of the other men who was actually watching the TV sat sideways, his foot holding the guy’s head, keeping him down.

Anyway, this story is how Jex and Matt ended up having sex on the lounge with all the other guys sitting around like it was something they did every day…which is kinda true.

2nd story The Aftermath with Tim

This one is after Eamon is settles however is a little story of how Tim is dealing with the events happened in there story (which is book 2: Forever with My Werewolf). I feel unlike most this story will make more sense after reading his story, and yet...you’ll understand and if you’ve not read it, maybe it’ll make you want to *wink* *wink*

3rd story is On the Couch with Dr Collins

This one is the origin story. This one…I have always wanted to actually tell it. I think I’ve said enough as things went through the story however I’ve not really had them sit down and tell the story, so this is…well…them sitting down and telling us there origin story. I do believe it sits after book 5: A Werewolf’s Howl

4th is Christmas with Family

This one is definitely a you can read without the series, it’s nicer with as you know who the characters are (I never actually go into that). However I wrote this for outsiders so it doesn’t hold anything attached to the series. At least I don’t think so.

5th is The Argument between Craig and Phil

I’m a fan of this one, as I’m a fan of Craig, I try hard not to push that love, because I hate when authors do that, but I’m a fan (I dislike Colin, just so you know)

Anyway….this one is mentioned in two books 7: Protecting My Werewolf and again in 6: The Rub of My Werewolf, and I feel I should have done those the other way around. And I say that lightly, it’s mentioned, in the first one I said I believe it’s more, see I’ll show you:

This meant Adam got to see the look that passed between them like a fight lingering between the lines. It was a bad one, and the mood wasn’t getting better with the topic at hand. Adam could see that. He could also see the steam coming out Phil’s ears, nearly hear them whistle with anger. He didn’t think they’d break, but they were definitely heading hard towards a collision.
Adam had tried to keep out of it, even as he sat down cuddling with James, and Chris watching some bullshit on the telly. However, like everyone in the house that day, they hadn’t been able to stop listening. It had been the first fight between mates, and he believed for a lot of them, a reality check that there wasn’t anything different between being mated and being married.

Interesting fact, this scene was going to actually be in book 7 when I first started writing it – no wait book 6. That’s right, not all of it, but the big part was meant to actually play out in front of everyone and then Dan walks in and Gene sees him. Only I could never get past that part. However, if you’ve read the story you know it’s not even close to being what the story is about, but yeah, this part of the story I wrote in and LOVED and had to write out the whole thing ASAP.

And lastly because I’m mean to all of you, and I’m not sure when you’ll get this one … which I think I’ll even keep the title to myself so you’ll have to read it to find out
Posted by Bronwyn at 12:30 am
Email ThisBlogThis!Share to TwitterShare to FacebookShare to Pinterest
Labels: Plugging this Shit, The Books