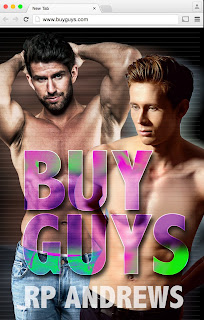 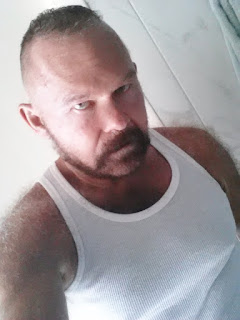 RP Andrews spent most of his life in New York City as a public relations executive before relocating to Fort Lauderdale in 2002, where he enjoyed a brief second career teaching writing at a local university.
All his works of erotic gay fiction and non-fiction are available at amazon.com and barnesandnoble.com and selected publisher websites.
His first work of erotic gay fiction, a collection of edgy short stories called Basic Butch, was originally published by San Francisco-based GLBT Publishers in 2008. Basic Butch features characters who go down life paths that, in the end, they wish they had never explored.
His latest works of serious gay fiction include:
The Czar of Wilton Drive, the story of Jonathan Antonucci, a twenty-one-year-  old, barely-out-the-closet gay man from suburban New York who overnight finds himself a multimillionaire, thanks to a bequest by his late gay uncle. Uncle Charlie has unexpectedly died of a heart attack, leaving him the sole owner of several of the most successful bars in Wilton Manors, Fort Lauderdale’s gay ghetto, making Jonathan the Czar of Wilton Drive.
Flying down to Lauderdale to claim his bequest, Jon encounters Uncle Charlie’s dubious friends and business associates, and is immediately submerged in Lauderdale’s scene of unbridled sex and heavy drugs. He also discovers his great uncle’s memoirs which reveal truths not only about Jon’s own past but also what may have really happened to his uncle. In the end, Jon is torn between avenging Uncle Charlie’s death or loving the man responsible for it. From Kokoro Press.
Not In it For The Love, set at the turn of the new millennium. Josh, a young street-smart Florida drifter is snatched from his dead-end existence as a male hustler in a cheap Key Largo motel by Bishop, a Wall Street power broker who sets him up as his trophy boy in Manhattan society.
There, Josh, after leading a promiscuous lifestyle within New York City’s gay sub-culture, meets Hylan, a young, bi-racial, down-on-his luck, wheelchair-bound musician who awakens in Josh what love can be between two men. But their chance at happiness and the lives of those around them are forever changed by 9/11. From Totally Bound Press.
Buy Guys, his latest novella to be published by Wilde City Press in early 2016, is the story of Blaze and Pete, two young, handsome drifters with nothing and nothing to lose. Blaze convinces Pete, who is falling in love with him, to leave dreary New Jersey and lead free and easy lives as male prostitutes in sunny Fort Lauderdale, posting their profile on the male escort site, Buy Guys. Blaze, however, soon pulls Pete into a much larger, more dangerous scheme, a scheme that eventually threatens to destroy them both.
RP Andrews’ daily social commentary blog on gay life in America has been running since 2010 at str8gayconfessions.com, and a second edition collection of these commentaries is available as an e-book on amazon.com. Confessions of a Str8Gay Man is RP Andrews’ unvarnished, unorthodox views of Modern Gay America which are often counter to today’s political correct gay media.
In addition, there is Furry Man’s Journal, his erotic memoirs as a hirsute gay man as told through his experiences with the dozen iconic men in his life.
For more info, visit rpandrewsgayfiction.com on your laptop; or gay-erotic-fiction.com on your tablet or smartphone.

Posted by Bronwyn at 2:00 pm
Email ThisBlogThis!Share to TwitterShare to FacebookShare to Pinterest
Labels: Plugging this Shit