#MSS125 theme is My Sexy Shifter

Yep, that was definitely him! Tim nearly split his checks open with the smile he couldn’t stop. It had been a week of these walks to the mailbox around this time a day…the same time of day he’d seen the guy the first time, and seemed intently to fall in love with him.
But he wasn’t a pussy, and guys just didn’t do that. So, he fell into a deep infatuation with the man that made him take these walks and hope like hell he’d see him. And when he didn’t, he’d have to talk himself up out of the heart-crushing disappointment that went through him.
Tim slowed down his steps so that he would make it to the letterbox around the time the guy would be passing it. He tried his best to squint into the distance so that he could watch him get closer…watch as his body slowly became bigger, becoming clearer. 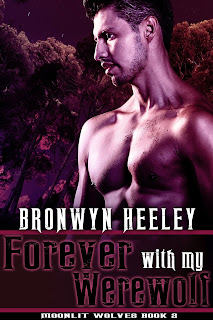 He was wearing dark shorts that hung off his hips and clung to his thighs with every stride. The guy had defined calves, but that was a memory of last time. Not this one, though Tim knew nothing had changed, with a covering of blond tipped hair.
Today, he was wearing a white wife beater that had seen better days. It was stretched, hanging off him. Hips showing no matter what he did. But it was hot. Tim couldn’t imagine running at all.
The closer he got to Tim, the more Tim’s mouth watered. On a swing, his chest came into view. A light shattering of hair covered his chest, his nipple still clear. Still there, waiting for Tim’s tongue to flick over it.
Tim was at the letterbox now, only the wrong side, but he was still in motion when he realised this and was unable to change course.

Wish to sign up click here to get to the main blog
Are you a reader? Why not visit our new Author Central where you can learn more
Find us on Facebook here
Or Twitter here – along with the trends #MySexySaturday, #Saturday7 & #MMSAuthors
Or simply click on the next author in the link to move on for the week.
I hope you enjoyed and that we’ll see you again next weekend