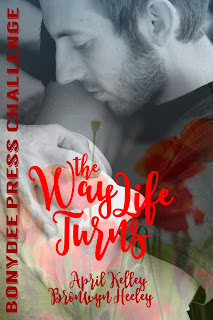 Jonah narrowed his eyes at Scott. “But that’s not true.”
“Yes, it is.”
“No. It’s not. If you’re fucking Hank, that’s not exclusive.”
“But I’m not fucking anyone, including you,” Scott said into this ear. “I’d like to be though.”
“Oh really. Would you like me in the same position Hank was in? He was on all fours, right? Doggy-style, if I remember correctly.”
“Stop it, baby. Stop thinking about it.”
Jonah took a step away. He looked at Scott then and couldn’t keep the emotion at bay any longer. He had been doing so well up until now. “How?”

“You are the best.” Jonah slammed his glass on the bar bench, his elbow missing the top and making him nearly lose his seat.
“And you’re wasted,” the bartender chuckled.
“I’m not!”
The bartender out right laughed as he wiped down the bar Jonah had spilled his beer all over it.
“Ok,” he allowed. “I might be a little tipsy.”
“Yeah, and I may be standing on the roof.”
“You’re doing an awesome job then from way up there.”
“Why thank you. Oh, looks like your boy just got here.”
“Huh.” Jonah turned on the stool, slipping slightly, but allowing a flying hand to catch him before he fell. He was smiling at his effort, sure no one saw his slip in that way most drunks were always overly confident.
Posted by Bronwyn at 1:30 am
Email ThisBlogThis!Share to TwitterShare to FacebookShare to Pinterest
Labels: The Books