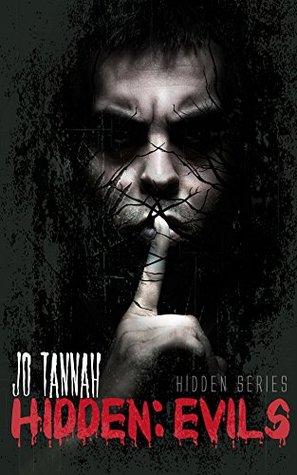 Sebastian Torres is a healer and midwife both by trade and by calling. He’s spent the past three years as the only male midwife in a local hospital.
Anthony Craig is intrigued by Sebastian, finding him professional and attractive; although, he can’t help wondering why Sebastian never dates the same man twice.
When several pregnant women die in maternity wards a few states away, their fetuses missing, the police are baffled at the strange circumstances surrounding their deaths.
Could there be a serial killer on the loose?
As the number of deaths escalates, Sebastian suspects a monster of legend, rather than one of the human variety, is responsible.
Sebastian knows he is the only thing standing in the monster’s way, but in order to save innocent lives he must reveal his secret to Anthony.
Will Sebastian’s revelation prove too much and drive Anthony away?

THE PREGNANT WOMAN lay sleeping, an IV line in one arm and oxygen prongs
attached to her nose. Her moans of pain worried her husband, but the midwife monitoring
her vitals seemed satisfied with the numbers. The magnesium drip effectively controlled the
premature contractions, and the fetal monitor indicated all was good with the baby.
“She’s going to be okay, Mr. Carstairs. Linda is doing well, so is the baby. Why don’t
you go home and rest for a bit. There’s nothing more you can do right now. She’ll sleep
through the night,” the midwife said.
“If she’s doing well, why is she moaning as if she’s in pain?” he asked. They had been
married for eight short months and this whole pregnancy issue was beginning to wear down
his sanity.
“Well, she’s not in pain, the baby is active, and her vitals have much improved
compared to when she was first admitted. She’s fine. She’s probably just worried about her
baby, and she may also be reacting to your anxiety.”
At her words, the OB-GYN came in and assessed his patient’s condition. The young
husband stayed quiet and gave a sigh of relief when the doctor turned his way with a smile.
“Well, are you prepared for Linda to remain in our lovely, luxurious hospital, Tom?” the
doctor said, sounding confident. “She may have to stay for some time, but it’s for the best.
This way, we can monitor both her and the baby’s condition, and we would be able to take
her out if need be.”
Tom groaned at the thought of the medical bills, but felt reassured of his wife’s
condition. “I really don’t care how much it takes, doctor, if it means they’re both safe. I’ll just
have to find the money for anything the insurance doesn’t cover.”
“All right then. So, we’ll see you tomorrow and assess how much Linda has improved.
We only have a short two weeks to guarantee the baby’s lungs will be viable. Before you
know it, you’ll be a daddy.”
Tom knew the doctor, and could tell he loved him and Linda like they were his own. He
had stood as a godparent to Linda when she was baptized. There was no way he would do
anything to risk her and the baby’s health.
“Thank you, Uncle Adam,” Tom said, dropping the title for once. He stood and kissed
Linda on the cheek. “I’ll see you tomorrow, sweetheart. I’ll make sure to bring you your
favorites. I love you.” With a last peck on her cheek and a pat on her hand, he left the room.

IT WAS TWO in the morning and the halls were quiet save for the beeps and whirs of
machines. Doors were left open so the nursing and midwife staff of the maternity ward could
hear anything that went on inside their patients’ rooms, even if their station was equipped
with the latest technology to monitor the vitals of each patient.
Three midwives and two nurses were laughing at something one of the first-year
residents said when they heard the emergency alarm from the monitor assigned to Linda
Carstairs. They all rushed to the room, ready to do whatever they could to help the woman.
The midwife in charge of Linda’s case ground to a halt when she reached the open doorway
only a few feet from their station. Eyes wide in shock, she let out a spine-chilling scream.
Linda lay in bed, the IV still in her arm and her oxygen prongs in place. She appeared
as if asleep. The only thing wrong with the picture was the flat line on the heart monitor and
the fact that her once protruding, eight-months-pregnant stomach looked crooked and soft.
There was no blood on the sheets. Minutes later, the midwife still couldn’t stop screaming,
and one of the residents rushed to sedate her, in a bid to keep her sane.

I am a wife, mother and blogger by day, a writer by night. It can be difficult to say the least but it is a challenge that keeps me on my toes.

I grew up listening to folk tales my father and nannies told either to entertain us children or to send home a message. These narratives I kept with me and finally I wrote them down in a journal way back when I kept one. Going through junk led to a long forgotten box and in it was the journal. Reading over the stories of romance, science fiction and horror I had taken time to put to paper, brought to light that these were tales I never met in my readings.

The tales I write are fictional but all of them are based on what I grew up with and still dream about. That they have an M/M twist is simply for my pleasure. And I hope, yours as well.