Synopsis
My name is Anita Blake and I am back in St Louis and trying to live a normal life—as normal as possible for someone who is a legal vampire executioner and a US Marshal. In the midst of such ordinary happiness a vampire from my past reaches out. She was supposed to be dead, killed in an explosion, but the Mother of All Darkness is the first vampire, the dark creator, and it’s hard to kill a god.

The Mother of All Darkness believes that the triumvirate created by master vampire Jean-Claude with me and the werewolf Richard Zeeman has enough power for her to regain a body and to emigrate to the New World. But the body she wants to possess is already taken; I’m about to learn a whole new meaning to sharing my body, one that has nothing to do with the bedroom. And if the Mother of All Darkness can’t succeed in taking over my body for herself, she means to see that no one else has the use of it, ever again. Even Belle Morte, not always a friend to me, had sent word: ‘Run if you can...’

Thoughts
This is a part one in a two part finally with Mother of All Darkness.

This book dives right in with a domestic with Jean Claude and Asher, which ends up brings Anita and her other men into the mix, and ends with Richard ending up in bed with them all again. It’s okay, and takes up a big crunch of the first part of the book, and ends with warnings and knowledge that Anita and her triumvirate in constant danger.

The whole set of this book is pretty much centred in the Circus of the Damned, and holds pretty much all of her men. At least you get to see them all at least once.
There’s killings, fights, blood and sex, pretty much the usual when it comes to Anita’s world.
We even get a new pet tiger—hell, two. 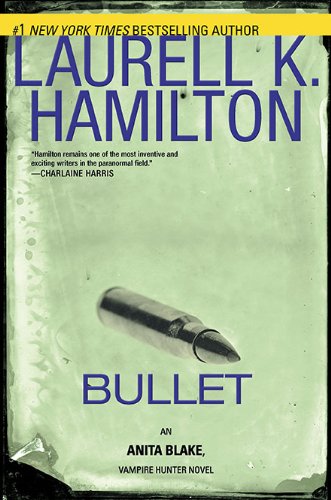 A lot of her time is spent with Nicky and Damian, mostly because they can’t talk if she says no. So she’s safe to say anything around them.

Um....honestly I have read this a book a few times, not my favourite, but I always like to read something twice, and then I read it again just before the next one came out, and again today just before this. And still this is all I really remember of it.
It’s very full and yet doesn’t really hold anything that interesting, just them freaking out, them getting caught up in the drama of Mother Darkness.

I like it, and I don’t, but I do remember that when I first read it I was really disappointed that there wasn’t an end to the book, there’s always an end, this one...didn’t have it, the whole thing was left open. Which I get—got—but it still really annoyed me.