Return in this enthralling tale of an immortal warrior determined to win and the beautiful seductress he can’t resist. 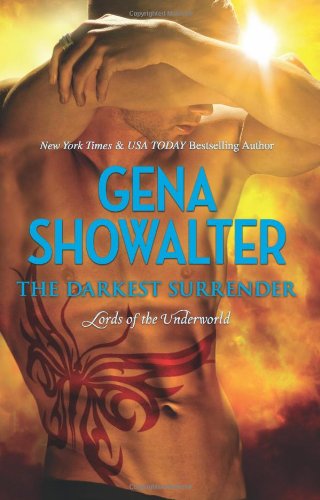 Synopsis
Possessed by the demon of Defeat, Strider cannot lose a challenge without suffering unimaginable pain. For him, nothing stands in the way of victory. Until Kaia, an enchanting Harpy who tempts him to the razor’s edge of surrender.
Known among her people as The Disappointment, Kaia must bring home the gold in the Harp Games—or die. Strider is a distraction she can’t afford, because he has an agenda of his own: steal first prize—an ancient godly artefact—before the winner can be named. But as the competition heats up, only one prize will matter—the love neither had thought possible...


Thoughts
So.... it seems that I forgot to add a book into my re-reads on the calendar I have for his Friday--it seems I have just skipped over it.
it hasn't been that long since I read this book, and I have put it up on the blog, so it's there, and why I’m doing re-reads is because I have all these great books that were never going to see the light of air, and my opinions attached to them, and I just didn't like that fact.

It’s also shows you how much I remember about the books before I re-read them, since a lot of them aren’t word to word read but skimmed over so that I can remember what’s happening and what I loved/hated about each book.

This isn’t’ the point.
The point is that since I remembered this point today I picked up the book (because once I figured it out I realised that I wanted to read it again. what can I say it’s a great book.
But there isn’t anything else about it. What I wrote before was what I thought, and still think. I don’t think I got anything new that I am willing to spill, there’s no use me telling you the other half of what I said from the first time or you will have the whole book in your hands, and what’s the point of that?
So instead I’m just going to say, it’s a great book, much better than I thought his story was going to be, I’m not a full fan of Striders even when he cracks me up. And this book stood up and became better than the one before it, like all of them.

So, if you want the full thoughts of the books click here, for the review of a book I read for the first time back at the beginning of Oct 2011.
The Darkest Surrender book review

Posted by Bronwyn at 8:10 pm
Email ThisBlogThis!Share to TwitterShare to FacebookShare to Pinterest
Labels: Review