We followed the flesh blood even thought every molecule in my body was screaming for me to run. Run before dark. Run before the vampires come. Run. 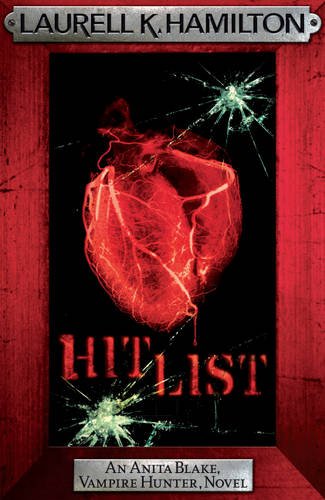 Synopsis
My name is Anita Blake. The vampires call me ‘The Executioner’. So when a series of gruesome and spectacular murders occur in the Pacific Northwest, the local police call in me and fellow US Marshal Edward to track down a serial killer they are convinced must be a ‘monster’.

But I know that some monsters are very real. the Harlequin have been the bogeymen of the vampire world for more than a thousand years; they are a secret so dark that even to speak their name can earn you a death sentence. Now they are here in America, hunting weretigers and human police. And me.

The Harlequin serve the Mother of All Darkness, the first vampire. She was supposed to be dead, but only her body was destroyed. Now Mommie Darkest is back, determined to kill Edward and to possess me. And she doesn’t care how many others have to die along the way.

Thoughts
Let’s start part two, yeah.... ‘Pu—how the hell do you write a raspberry?! Really, that’s how I feel when it comes to the final climax to a book that’s been coming, for what,  5-6 books, even more so, we had to wait the fucking year to get our hands on this, so that the part of this story—hell, just this book, could end.
If you can’t read between the lines, well, I’ll make it clearer—disappointed.

Yeah, most people will hake the shit out the books, but I’ve found (threw read them) that it’s mostly the stupid things like her needing to overly explain what the men in her books look like (the woman too, but the ratio of men to woman is so outnumbered that you forget what it was like to breath air not saturated in testosterone.
I’m joking a little, well not about the numbers, I do believe most of the men around her have monthly bleedings they need to take care of, man there girls.
Sorry, this is mean, still, it’s a point, that’s what people are talking about, but if you look deeper you can tell that no one really gets at her for her storyline, there good. The fact that all her books end at the end is one of the reasons that I love reading the series.
Which is one of the reason I kinda hated this book before I read it the first time, I hated that the last one ended that way, and that I had to wait so long for this book (though, really, most of this series I read one after another so maybe that’s why this annoyed me so much)

Anyway, the climax to this book, they whole thing was boring and over with a flick of a finger, so crap compared to the way she normally ends things, that I almost missed what was happening.
Really people, the 6 book climax that ends this book, is over in a paragraph—though he paragraphs can take up a page, this one wasn’t like that.
I really did blink, look away and then back at the book to realise that was it.
This point has annoyed me to a point that I’m able to have this little rant with you off what I felt and what I would have written when I first read this book.

I will say, and let’s end with the facts that I loved so much about the book.
They weren’t in Saint Louis, so she had none of her men there, and when she did finally get some (because Edward called them in) they were some were-rats, Nicky and Domino, which are all characters that are alright when we have to deal with them, and honesty they come and the next big scene, once we get passed her talking to Edward and Olaf and Bernardo (yeah, sociopath reunion is in town) see what she’s done to Nicky, they go to the hotel and are kidnapped. Which leads us towards the end of the book.
So mainly this book only has Edward, Anita and a bunch of cops who hate her guts ‘cause she’s a monsters slut. And maybe because she makes them shit themselves but there to proud to accept it.
Whatever it is, we mainly deal with that. a little home turf shit with Edward that I’m hoping, with all hope, that Hamilton decides to write that out as a book (please baby, it would be awesome), and her gaining another weretiger—though that part is actually a great bit in the book, one of my favourite parts, and could, maybe, reach top ten of the best ‘First Meeting of Anita’s Men’ list.

As a part in a book, and the fact that I read the first book, and a week later I read this one, it’s a much better reading and the storyline set better, but still disappointing when it comes to the end of a major storyline. Kinda shows she was telling the truth when she said she needed a break from the violence and death of Anita’s world, she could have done this one so much better, except for the drag this turned out to be.
I can and am dealing with it a lot better because of that comment and some of the things that I read around the time of this book that she wrote.

But if it’s true she needs to take a break, after 21 books, people will let her have two years if she needs to have a brake, they won’t deal with crap ass books. Just saying, one more like this and I might not buy the next—not pre-ordering, that’s for sure, I’ll have to what others think first.
Just saying.....

I really do like the series, I love the world, and more so I love the amount of energy and time that Hamilton has put into it. The details to her were animals and the real ones. The details in myths and the way Anita knows about them, the fact that where Hamilton must research she has Anita doing the same thing.
I’m a fan of the series, and I would love to continue them, but it’s the point that they are becoming lame and very flick of your fingers and magic will deal with that, which I don’t like, especially when it’s something Hamilton seemed to go out of her way to make sure she didn’t do.