Stuck in Your Head #2

I'm going to give you the line from the books I've read that make my mind crave the rest like coke.
(it's my version of Teaser Tuesday, just so you know) 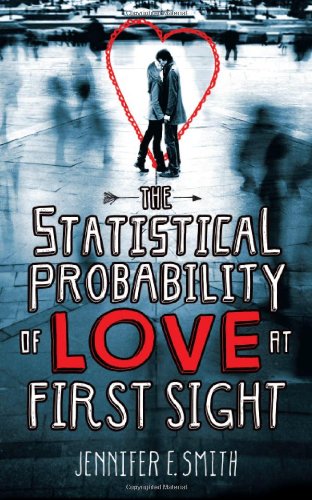 The Statistical Probability of Love at First Sight, Jennifer E. Smith
Published Jan 2012 by Poppy/Little Brown
YA
~~
Who would have guessed that four minutes could change everything?
Today should be one of the worst days of Hadley’s life...
Her father is getting married in London to a woman she’s never even met, and she’s just missed her flight.
Hadley has never believed in destiny or fate before...
But, stick at the airport in New York, today is also the day she meets Oliver. He’s British. He’s cute. He’s cute. And he’s on her new flight.
Set over twenty-four hours, Handley and Oliver’s story will make you believe that true move finds you when you’re least expecting it.

(The only problem i have with this book...I really hate the font on this book. why? I’m not sure, but I hate it so much it makes it hard for me to actually read it)
Posted by Bronwyn at 6:30 am
Email ThisBlogThis!Share to TwitterShare to FacebookShare to Pinterest
Labels: Stuck in Your Head