This is the only e-book in the list that you won’t get come Christmas Day, and that’s simply because it won’t be coming out until February 2015, but I have been granted the gift of BETAing this lovely story, as well as getting you all a sneak peek into what’s coming


It’s a contemporary story about a boy who was bullied. Jaron leaves home where he becomes a dad and after a short trip of horribleness ends up having to go home, something he’d never wanted to do.


It’d a classic bully turns lover storyline, with a kid thrown in, and a fair bit of drama, and I loved it. I think that if you are a fan of that classic contemporary romance that float around this is something you’ll enjoy, if not love. It’s interesting, it’s got a solid storyline and the town has the beginnings of an awesome series to come (pist, I’ve read book 2 as well, big thumps up).


It’s one of those comfort reads that you’ll come back to, and want more and more. The characters are entertaining and you fall in love with them as they fall in love with each other. The family dynamic brings in a twist and added cuteness


Honestly, I can’t wait for this book to come out. I want to re-read but have promised myself I wouldn’t until I got my hands on the final copy. 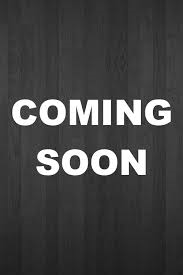 
When his best friend and mother of the child they share, get murdered he knows he must ask for help in the one place he thought he would never go back to. Coming back home isn’t easy and finding himself attracted to the town man-slut spells disaster. Travis Heath isn’t at all what his reputation suggests though.
a Rafflecopter giveaway
Posted by Bronwyn at 12:30 am
Email ThisBlogThis!Share to TwitterShare to FacebookShare to Pinterest
Labels: giveaway, Plugging this Shit