It’s not been that long ago since I meet NJ, I believe it was a chat, and I embarrassingly quickly told her I’d be a BETA and from there a relationship has started. I’ve read two of her books, but the one she wanted me to read at the time was the GR Love’s Landscape book, which I was more than happy to read.


Funny thing is, I actually hadn’t read that many of her books before offering. I became and still am a fan of her. The only book of her’s I read before this point was When Soul’s Collide which was okay in a way that I was up for reading more of the series, but it didn’t make me run out and need more.


It did, however get me looking her up. I kinda stalked her a little, though I’m not sure she knows about that—oh well! I love her posts, I like her as a person and with good reason apparently because we click enough to having a co-authoring in the near future, which I’m so excited about, I really really like the idea and can’t wait to start writing it.


Anyway, I’m going to talk about the book I read and the one that’s free *smiles*


Trying Not to Love You


This is a gay for you, which felt a little more like friends to lover to me. It seems to have those elements of both worlds really.


On one hand it had these two mates who sleep in the same bed, who are tight and do everything together, know everything about the other. So close, right.


On the other, one of them is out and proud, or at least out, and one is in a relationship with a female that screams beard if ever you had one. Only that’s not really it, he does love her, craziness notwithstanding which turns it back the other way.


So the bitch kicks him out and then, well, the hooking up of friends starts….


The heat pressed up against Alistair's side felt good when he awoke the next morning—maybe a little too good. Turning slightly he took the time to truly study his friend while he slept. The midnight black hair set off the long dark lashes which framed what Alistair knew to be forest green eyes. Through the years he’d often teased his friend about his lashes, saying they were more suited for a girl. Keagan usually flipped him off, but it was true. The part he never added in his teasing was the fact that the lashes and the colour of his eyes suited the coffee coloured skin to perfection. His own pale blue eyes were plain in comparison.
The different shades of tan on their skin looked surprisingly good together. He was slightly paler than his friend, but not by much. All over they were roughly the same size. Neither of them had muscleman body types, and maybe the both of them carried a few extra pounds around the middle. The truth was they were both extremely comfortable in their own skins. When Keagan had come out at the age of fourteen to family and friends, never once did it cross Alistair’s mind to be disgusted or throw his friendship with Keagan away. In some ways the whole things seemed to make them closer. Their friends and such knew that if they had a problem with Keagan’s sexuality, they’d have to deal with Alistair himself. On the very day Keagan stepped out of his self-induced closet Alistair silently vowed that he’d protect his best friend at all costs.
For his part, most of the people around his age couldn’t for the life of them understand why Alistair’s best friend was three years his junior. Alistair would always smile and tell them that once they got to know Keagan they would understand. Keagan had this whole mischievous side to him that seemed to draw Alistair in a little more with each passing day. Honestly, he never cared about what other people thought of their friendship and as his dad had once told him not long after Keagan came out—If it ain’t broke—don’t fix it. This was a rule he’d lived by for the last six years. He’d been in more than a few fights when someone thought it would be funny to push Keagan around, but they soon found out that Keagan had more than a few friends, both male and female, who were ready to back him up.
Alistair stilled as Keagan sighed deeply and moved closer to Alistair. Going so far as to wrap his arm around Alistair’s side as he snuggled closer still. The weird part was being this close to his friend never seemed to worry Alistair in the slightest. Sliding his arm down his friend's back, Alistair held Keagan gently to his side. A shiver arced through him when the still asleep Keagan placed a kiss against his flesh. It made Alistair wonder who his friend was dreaming about.
Lately Alistair had gotten the feeling that there was someone special in Keagan’s life. The other day he’d picked up Keagan's notebook where he wrote out his lyrics and noticed a change in how he usually worded things. Whoever it was, Alistair wasn’t sure whether the relationship—if there was one—was good or not. All the lyrics on the first couple of pages came off as sad… heartbreaking even. Lying there in bed one particular passage came flooding back to Alistair’s mind.


Picking up the pieces of my heart.
Putting back together what you broke apart.
Don't wanna be lost in memories of days gone by,
`Cause everything you told me turned out to be a lie.
You walked away even though you promised to stay.
In the blink of an eye you said goodbye.


Those lyrics didn’t sound at all like Keagan was in a happy place. Alistair was probably the only one in the band who realised how all Keagan’s lyrics came from things the man had actually experienced. If this was still true, why had Alistair never realised his friend was hurting this bad. The best friend’s code stated there should be no secrets, yet this was all new to Alistair. Once they were back at home and having a well-earned break he would broach the subject and get Keagan to open up and tell him what had been going on in his life. Right now Alistair thought his friend would need some extra special attention… this was one thing he could do for Keagan and he didn’t care what Lauren had to think about it all. Sometimes best friends came before girlfriends if the situation warranted it, and right now, he believe it did. There was probably going to be a shit-storm of a fight between him and Lauren, but hell, it would be worth getting yelled at if helping his friend made Keagan happier. 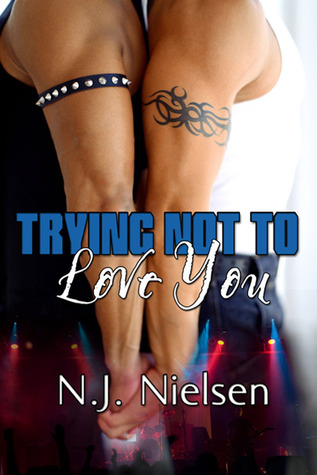 Alistair Krunkstone is happy with his life—he plays bass guitar in a band, has a best friend, a family who loves him unconditionally, and yeah, he has a girlfriend, but he doesn’t want to talk about her.
Keagan Thames has been in love with his best friend since the day they met. When Alistair breaks up with his girlfriend, Keagan takes him in. Being so close but not touching Alastair will be hard enough without the added burden of Alistair’s ex threatening to ruin his life for something he hasn’t done.
With the help from the other members of their band “DeRanged”, family, and friends, everything comes to light. Will the strong bond they’ve always shared be enough to pull them through the awkwardness of their changing relationship? Or will it pull them apart forever?

a Rafflecopter giveaway
Posted by Bronwyn at 12:15 am
Email ThisBlogThis!Share to TwitterShare to FacebookShare to Pinterest
Labels: giveaway, Plugging this Shit