I’m in the rush to write out my DRitC: A Road Worth Travelling and it’s giving me pains.

I hit 5K and came to a dead stop, which I thought lasted a lot longer than it did, but really by the weekend I had figured out what was missing.

You see so far I have a pretty good lustful connection between my newbie MC and, let’s call him cowboy #2, I even have a show of connection between both cowboys but I have no connection between newbie and cowboy #1. This is mostly due to the fact that Cowboy #1 isn’t a talker and yet I am only been able to write in his thoughts and newbies thought.

Apparently, Cowboy #2 doesn’t want you inside his head, he wants to keep the mystery alive, and so I’m not sure he’ll even get a thought space in at least this book (he will in a future one because that’s where the story line is heading)

Not the point right now.

The point is I am sitting at 5K and I have a sex scene and fright and a climb up the mountain and I’m done. This is it. 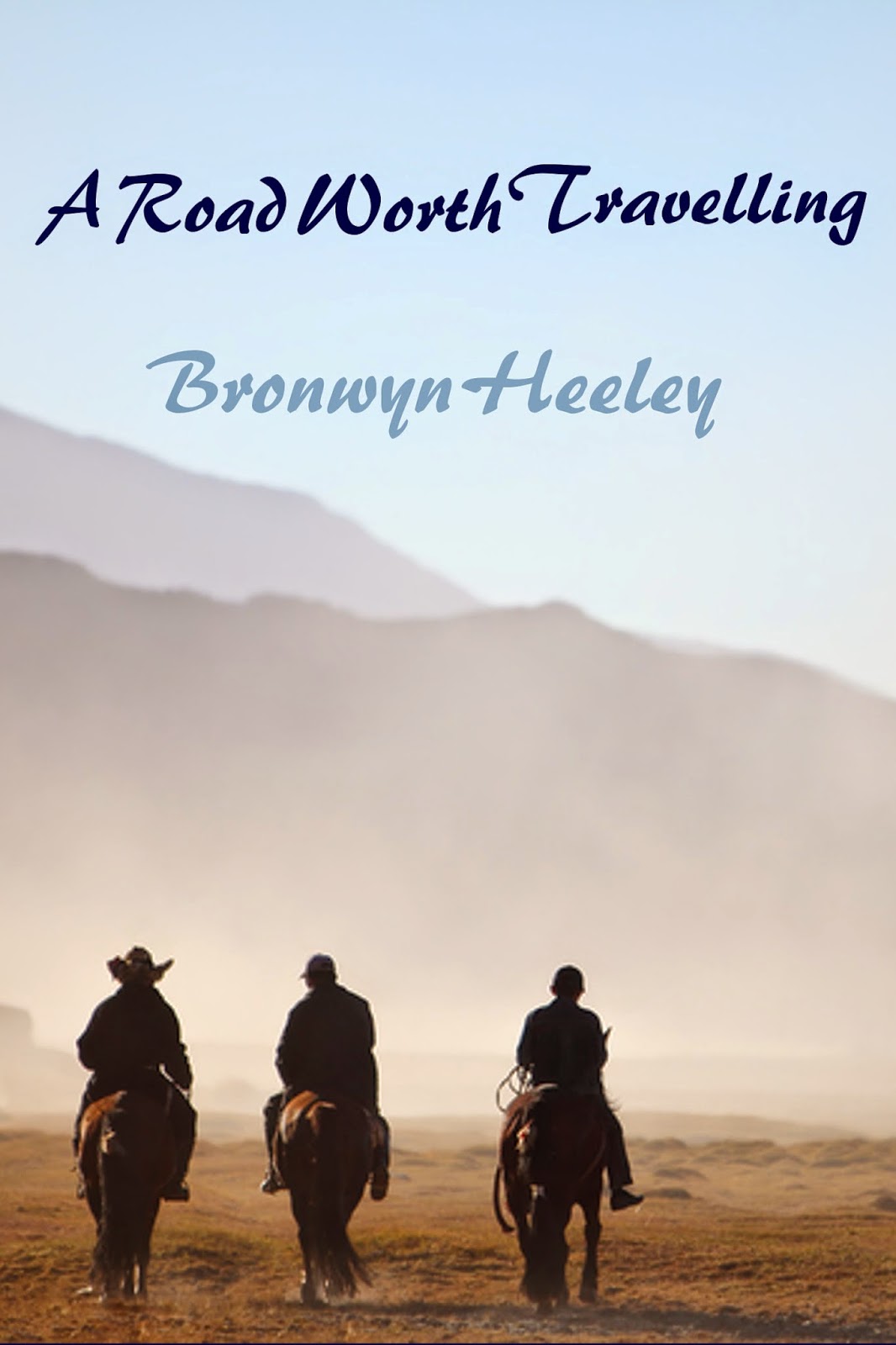 The thing is I have this problem, in my head the story is so… long and yet when I put my fingers down to write, when I have the facts in front of me, I have no idea how I’m going to get this story to 12K let alone longer.

I’m 5K in and I’m struggling to understand what it is I need.

Then it hit me, I’m leaving out the relationship!!!

Yeah, great romance writer I am.

Okay, it’s not really the romance part that I have missed, the lust with Cowboy #2 is strong, with both of them, and that would be enough, but I want something more at this start. I want to well, start the romance that’s coming in the following book. This mean I have to go back and write another chapter in. I’m hoping this doesn’t affect what I have already written, but if it does, then I’ll deal.

Then we get back into sex and running for their lives.

Fun stuff *smiles*
Posted by Bronwyn at 12:30 am
Email ThisBlogThis!Share to TwitterShare to FacebookShare to Pinterest
Labels: My Memoirs, Yapping My Gums